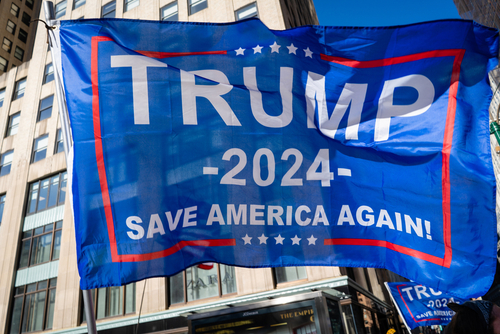 The team of former President Donald Trump announced their plans for 2023, laying out an “overwhelming” campaign strategy for the 2024 elections. Former president’s spokesman Steven Cheung stated that the campaign is deploying top-level personnel in early voting states and growing its “massive data operation” to wage an overpowering campaign that’s never been seen before.

On Nov. 15 at Mar-a-Lago, Trump formally declared his candidacy for the 2024 election. Trump has met with the Republican Jewish Coalition, the America First Policy Institute, the Log Cabin Republicans, and the 14th Annual President’s Conference of Torah Umesorah since his announcement.

Cheung said that Trump visited with members of Congress, participated in the Georgia runoff tele-rally, gave multiple interviews and video appearances, and hosted a gala with the American Freedom Tour and Helping a Hero.

In his first video, broadcast on Dec. 15, Trump promised to make it illegal for the federal government to suppress the “lawful speech of American citizens.” He has since made videos discussing freedom of speech, the Omnibus, and the final report of the Jan. 6 Committee.

President Trump should be expected to take the helm on pressing topics like free speech and the border crisis. There will be further policy-related events in the coming weeks. Cheung has booked more interviews with the print, on-camera, and radio media to help President Trump explain his platform and illustrate how President Joe Biden’s terrible policies have made America less safe and less affluent.

Polls taken since the midterms show that Trump’s 2024 reelection bid has lost some of the Republican party’s support. Former secretary of state Mike Pompeo, and Mike Pence, who served as vice president, are just two of the former Trump administration officials who have voiced reservations about the president and his impact on the party.

Pence stated that he believes there are better alternatives than his previous running mate. Pence added that it’s time for new leadership in our nation that will “bring us together around our highest ideals.”. Pence believes that America yearns for the policies that are working for the American people.

At AmericaFest, the largest conservative festival, Trump’s 2024 intentions were barely discussed on stage. Fox News anchor Tucker Carlson and Missouri Senator Josh Hawley, both Republicans, have declined to announce if they will back Trump against their fellow Republicans, Florida Governor Ron DeSantis and Texas Senator Ted Cruz.

Offstage, some speakers supported Trump regardless of who ran against him. Florida Republican Representative Byron Donalds believes the man to trust is Donald Trump. Donalds stated that in the club, he is the man in charge. Although Donalds has nothing but praise for Governor Ron DeSantis, there is now just one candidate for the position. Trump is the man. In the future, Ron will serve as president. Republican Florida Representative Matt Gaetz praised DeSantis, saying he’s a fantastic man, a great leader. Still, President Trump has a unique capacity to marshal the populist spirit that can break through the corrupt system.