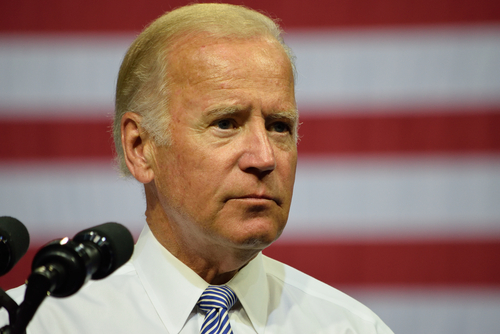 Rep. Bryan Steil told reporters on Sunday that Republicans need to address President Joe Biden’s reckless spending if they want to get inflation under control.

The Republican from Wisconsin has remarked that the next Republican majority in Congress has to address spending to bring down inflation and make necessities more affordable for people.

Representative Steil of the House Financial Services Committee has blamed the two years of Democratic one-party dominance of the Federal Reserve for the mess. The Federal Reserve is only responding to the fact that Washington has approved trillions of new expenditures over the past two years.

The Biden administration is disconnected from the reality on the ground when it comes to inflation. They have created a disaster in Washington.

The attacks on energy seen under the Biden administration, such as the day-one revocation of the Keystone XL pipeline, also contributed to inflation.

The government is pushing an extreme Green New Deal agenda. As a result, households across the United States are paying more to buy groceries, put fuel in their cars and keep their houses warm.

Steil pointed out that a diesel tractor is typically used to harvest crops, and a diesel truck transports the harvested items to the supermarket.

The congressman said that the inflation rate is rising, but wages aren’t; as a result, American households are feeling the pinch more and more each month.

According to Steil, things need to shift significantly. The government in Washington, D.C., is spending money and driving America farther into debt, so the Federal Reserve is hiking rates to attempt to slow down the spending train. The more the Democrats spend us into oblivion, the more the Federal Reserve will clamp down, which would be disastrous for the American people.

On Thursday, Steil spent the day in his district gathering signatures for his ballot bid in the upcoming November election and meeting with locals. Many Americans, both Democrats and Republicans, are furious over the recent increase in the price of gasoline, and many attribute the increase to the policies of President Joe Biden’s administration.

Steil advocates for domestic oil and gas production to cut prices, so people’s wallets aren’t devastated and to ensure the country’s safety. The United States must diversify its energy supply away from reliant nations like Russia and Iran.

The Republicans, however, plan to deliver a knockout blow to Biden in November when they retake the House and force Nancy Pelosi to retire as Speaker. As Steil put it, Biden’s claims that Russian President Vladimir Putin and the conflict in Ukraine are still to blame for rising inflation and gas prices are absurd.

What is happening to working families in America is appalling.
In Washington, D.C., during the past two years, many horrendous policies have been implemented, and excessive spending is only one of them.

After two chaotic and difficult years, it will require a lot of work to get inflation under control, change energy regulations, and correct Americans’ way of life.