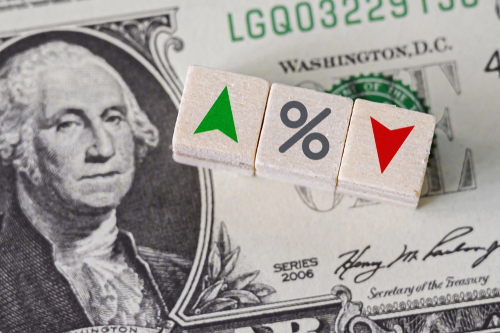 Chairman Jerome Powell said the Federal Reserve should increase interest rates until it was confident inflation was under control, even if unemployment rose. According to Mr. Powell, the Fed will not quickly retreat from restraining growth next year as some investors predict in his widely anticipated speech at the Jackson Hole symposium of central bankers and academicians. He said they would continue until we were confident that the job was done.

The rate increases are expected to bring down inflation, but will also cause pain for households and businesses, said Powell. He added that it would be far more painful if we didn’t restore price stability.

Following Mr. Powell’s remarks, which were unusually brief for such an event, U.S. stocks fell sharply, and bond prices edged lower. Oscar Munoz, a strategist at TD Securities, said the chairman’s remarks were designed to dispel the notion that the Fed is about to end its tightening cycle.

Federal officials increased their benchmark federal funds rate by 0.75 percentage points in their last two meetings, the most recent in July. Short-term interest rates have risen at the fastest pace since the central bank started to use the fed-funds rate as its benchmark in the early 1990s.

At their meeting last month, officials agreed to keep raising rates but warned about overdoing it. In financial markets, this had fueled optimism that the Fed might cut rates next year. Krishna Guha, vice chairman of Evercore ISI, called it an anti-pivot speech.

An independent report from the Commerce Department shows consumer spending slowed in July, rising only 0.1% from June’s 1% increase. According to the Fed’s preferred gauge, the personal consumption expenditures price index, inflation decelerated in July.

Despite some mixed signals on growth, Powell said the economy “continues to show strong underlying momentum.” He noted that one month’s improvement “falls far short” of what the Fed needs to see to be certain inflation is declining.

According to Powell, the labor market is particularly strong, but it is out of balance, as demand for workers exceeds supply. In July, the unemployment rate reached a 50-year low due to the labor market’s robust recovery from the pandemic.

The Fed will likely decide whether to raise rates by a half point or 0.75 points at its upcoming meeting on Sept. 20-21, after reaching a consensus this summer that rates must rise high enough to slow the economy’s growth by reducing investment, spending, and hiring.

Powell didn’t directly address the Fed’s policy meeting in September and essentially reiterated what he said last month. He said the next rate decision would depend on the data and the evolving outlook. As monetary policy tightens further, it will likely become necessary to slow the pace of increases at some point.

Those remarks indicated that the central bank is preparing to shift from a phase of rapid and large rate increases to a new phase in which it keeps raising rates but instead targets a level that slows the economy and then holds on to that level for a while. Mr. Powell said the Fed is moving its policy stance intentionally to reduce inflation to 2%. To bring inflation down, a restrictive policy stance would have to be maintained for a while.