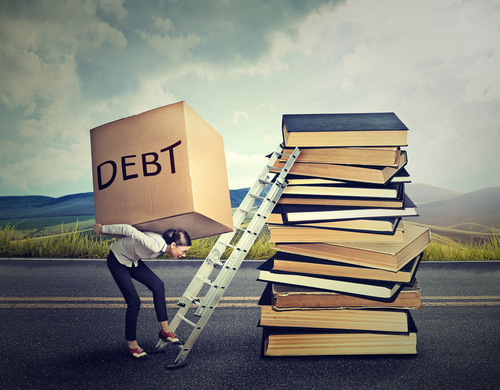 The idea that a truck driver should have to pay back a loan that a scholar with a Ph.D. in gender studies took out is very unfair. The Republican governor was applauded after saying, “That’s not fair, that’s not right.” He also stated that it was unfair to people who chose a different path that did not require loans.

As a result, he said, universities have benefited the most from the “exorbitant” debt taken out throughout the last generation. He said a large part of the cost increase had been devoted to expanding administrative offices without affecting education’s quality.

Rather than the American taxpayers, universities should be responsible for paying for this. It’s their fault if they produce people who go deep into debt and whose degrees are worthless, and they can’t make enough money to pay it back, DeSantis explained. There has been an incentive for them to take out more and more loans and then pay them back.

President Biden announced Wednesday that many Americans might be eligible for the Forgiveness of up to $10,000 in federal student loan debt if the Loan is held by the Department of Education and the borrower makes less than $125,000 individually or $250,000 for a family. Students who receive Pell Grants may have their burden reduced by $20,000.00 due to loan forgiveness.

DeSantis said he lacks the constitutional authority to do this. As a result, he is using emergency powers under COVID. You got your Ph.D. in gender studies five years ago, does that have anything to do with COVID? This is an abuse of power on the part of the government, and there is nothing constitutional about it.

While supporters praised the move as long overdue, critics said it would cost American taxpayers $300 billion. The average student loan debt is about $40,000.00. Regarding the total cost of the handout, the White House refuses to estimate how much it will cost.

In his remarks, DeSantis argued that Biden’s actions would exacerbate inflation. As a result, he criticized Biden’s administration for not complementing the act with meaningful reforms of universities.

Many Republicans have publicly slammed the Biden administration. Several noted that the timing of this is an attempt to buy votes for the November elections. Another vocal Republican is Kellyanne Conway.  It’s unfair to welders, carpenters, hairdressers, and other people who didn’t attend college or couldn’t afford to do so, and it’s unfair to them. Furthermore, it is unfair to people who have paid off their student loans because they have made personal financial sacrifices. The whole thing is also a “farce.” They already passed something misnamed the Inflation Reduction Act, and now they’re going to increase inflation.

Larry Summers, former Secretary of State, said that the $10,000 would allow schools and universities to raise rates more. One of the most corrosive policies in recent history is the government’s guaranteeing of student loans. As a result, schools have been incentivized to charge outrageous tuition fees, causing students to rack up massive debt for often useless degrees. The banks could make giant loans without being concerned about the consequences. All these problems are exacerbated by loan “forgiveness,” which is sure to become an expectation in the future, which will cause more problems.

4 thoughts on “DeSantis Universities Should Pay Loan Forgiveness, not the American Taxpayer”