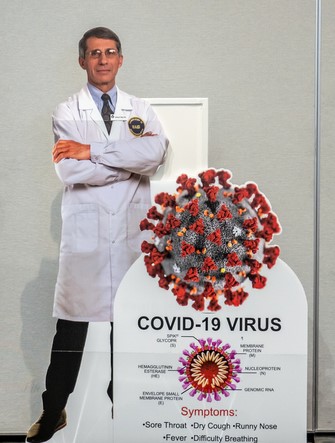 In December, Dr. Anthony Fauci, who has served as the National Institute of Allergy and Infectious Diseases director for decades, will retire. During a Politico interview, Fauci stated that he did not expect to remain in government for a long time since Coronavirus is likely to persist.

It was announced Monday that Dr. Anthony Fauci, who became a household name during the COVID-19 pandemic and was the target of partisan attacks, will leave the federal government in December. Fauci was with the US government for five decades.

Fauci is the current Director of the National Institute of Allergy and Infectious Diseases and chief of the NIAID Laboratory of Immunoregulation; in 2021, he became President Biden’s chief medical adviser. Even before Coronavirus struck, he led the federal response to HIV/AIDS and other infectious diseases.

According to Fauci, he is leaving these positions in December for the next chapter of his career; Fauci called the position he currently occupies “the honor of a lifetime.”

While he is moving on from his current positions, he is not retiring, Fauci stressed, noting that after more than 50 years of government service, he plans to pursue the next phase of his career while he still has so much energy and passion for his field.

Announcing that, he plans to use the knowledge he gained as NIAID Director in advancing science and public health and in inspiring and mentoring future generations of scientists in preparing the world for future infectious disease challenges. In the final months of his government career, Fauci said he would devote his full attention, passion, and commitment to his current duties, along with helping prepare the Institute for a leadership transition.

He frequently appeared on television news and at daily press conferences with White House officials, including then-President Donald Trump, during the government’s response to COVID-19 in early 2020. As the pandemic deepened, Fauci lost favor with Trump and his officials due to his advocacy of continued public caution at odds with President Trump’s desire to regain normalcy and promote unproven treatments.

The Trump administration marginalized Fauci, keeping him out of significant decisions about the federal response. Still, he continued to speak out in media interviews, advocating social distancing and face covering in public settings before the COVID-19 vaccine was introduced. In addition, he was attacked politically and threatened with death, and a security detail was assigned to him to protect him.

When Biden won the White House, he asked Fauci to stay on in his administration in an elevated capacity. Fauci has touched all Americans’ lives, regardless of whether you have met him personally or not, the President said in a statement. For his public service, the President extends his most profound gratitude. Because of him, the United States is stronger, more resilient, and healthier.

2 thoughts on “Fauci leaves in December”