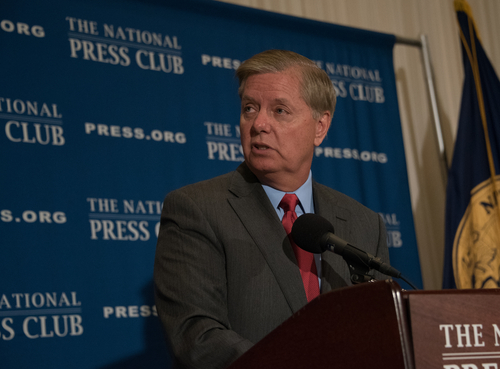 In a two-page decision, the 11th Circuit Court of Appeals granted Graham’s request to block the subpoena, saying prosecutors must determine whether the senator is protected from answering specific questions. A vital issue is Graham’s involvement in persuading Georgia election officials concerning the 2020 election.

In a two-page order that Graham’s attorney and the prosecutors for Fulton County District Attorney Fani Willis need to clarify whether Graham has the right to have the federal courts place legal guardrails on the questions, he may be asked. According to the 11th Circuit panel, those arguments must be argued to the U.S. Courts first. Last week, a judge in the District Court issued a ruling rejecting Graham’s arguments under the Constitution’s speech or debate clause, which shields lawmakers from most legal consequences when they act in compliance with their responsibilities as legislators.

According to Graham, his contact with Georgia officials was a legitimate exercise of his rights as a politician under the Constitution’s speech and debate clause. In his statement, he denied that he pressured Georgia officials to exclude ballots, stating that he was attempting to understand how different states verify ballots.

According to May, there are indications that the exchanges went beyond “legislative fact-finding,” but his attorneys argued they were related to his official duties as a senator.

On Sunday morning, the appeals court issued a “limited remand,” suspending the subpoena while the district court considered whether to constrain Graham’s questioning. It’s unclear whether the appeals court’s order will lead to more oral arguments or just additional legal briefs being filed, but May was instructed not to wait too long before filing them.