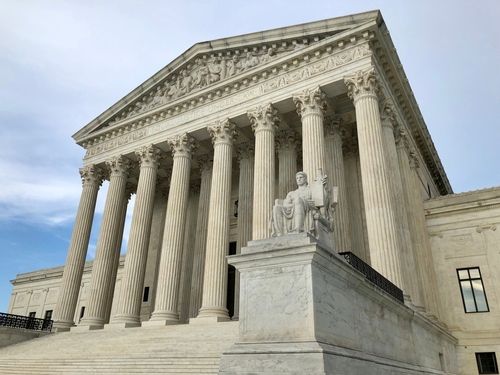 Progressive Democrats’ complaints over the widely publicized Respect for Marriage Act are increasing as they become aware that the measure, frequently referred to as the “same-sex marriage” law in the media, would not oblige states to recognize same-sex marriages.

Senator Chuck Schumer, D-New York, the majority leader in the Senate, praised the bill as “a significant step forward for greater fairness for LGBTQ Americans.” However, as soon as the Senate approved the bill last week, concerns from the far left began to surface.

Jonathan Capehart, a gay journalist for the Washington Post, stated in a column that he supports the legislation but acknowledged that the more deeply he examines it, “the more the joy diminishes.” He wrote: “What the act does not do is require states to issue marriage licenses in contravention of state law.”

In a blog post, LGBTQ activist and former Human Rights Campaign press secretary Charlotte Clymer made it more direct. She added that “it stinks” and “it’s our only real alternative,” adding that she loathes the Senate bill and that we need it to pass it.

After Supreme Court, Justice Clarence Thomas wrote a concurring opinion in the Roe v. Wade-reversing decision Dobbs v. Jackson Women’s Health Organization, Democrats in Congress stirred up the legislation. He stated there that the court should reconsider including the Obergefell v. Hodges verdict. Because taking same-sex marriage out of the control of states and declaring it to be a right safe guarded by the constitution due to the public debates sparked in light of the decision to allow states to decide on abortion.

Thomas was the only justice present. However, if the ruling on Obergefell v Hodges were overturned, that ruling would become a crucial campaign issue for Democrats, inspiring politicians from both parties to draft legislation mandating that states recognize same-sex marriage.

Although some progressives are upset, the Respect for Marriage Act (RMA) does not go as far as to mandate that states allow same-sex unions. Instead, it would demand that the federal government acknowledge same-sex unions performed in jurisdictions where they are permitted.

According to Tim Schultz, president of the 1st Amendment Partnership, the adoption of RMA is about “political realism,” and both sides had to give ground to make the legislation a reality. Schultz pointed out that the bill includes an amendment by Sens. Susan Collins, R-Maine, and Tammy Baldwin, D-Wis., which saught to protect religious liberty but does not go so far as to forbid states from making homosexual marriage illegal.

According to Schultz, the interest groups on the left grudgingly recognize that these religious safeguards were necessary for the law to pass. Some believe that is a positive thing, and others have stated that you must take these actions to draw Republicans.

According to Schultz, the RMA is not legally significant, and that’s why he believes this is a major political deal and that people are overreacting unnecessarily.