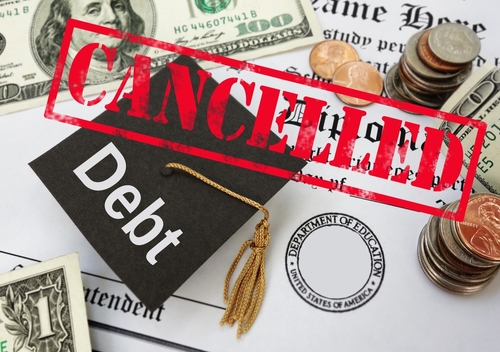 Three judges ruled that the stay should remain in effect until the 5th Circuit schedules a hearing.

In August, the Biden administration announced an executive order canceling up to $10,000 in student loan debt for those earning less than $125,000 annually and couples earning less than $250,000. Under Biden’s directive, Pell Grant applicants were entitled to up to $20,000 in debt forgiveness.

According to Reuters, the Congressional Budget Office calculated that the Program would cost $400 billion.

The Biden administration has put student loan repayment on hold, prolonging a moratorium that began during the COVID-19 outbreak, despite the unpredictability of forgiveness. Payments were anticipated to resume on December 31.

Pittman noted in his ruling that the Program was a power grab by the executive branch based on the Higher Education Relief Opportunities for Students Act of 2003. (or HEROES ACT). The legislation, which was passed in response to the terrorist events of September 11, 2001, granted the government the right to cancel student loan debt in connection with military operations or national crises, according to USA Today.

The Biden administration’s justification for the debt forgiveness scheme is that the COVID outbreak constitutes a national emergency that warrants the policy, and Pittman’s ruling wasn’t buying it.

Heroes Act, a measure that provides debt help to military members fighting our nation, does not provide the executive branch with clear congressional permission to construct a $400 billion student loan forgiveness scheme.

Pittman acknowledged that COVID-19 might qualify as a national emergency but emphasized in his judgment that President Biden had proclaimed the pandemic to be finished.

Pittman closed with a lesson in governance. It is not the responsibility of this Court to evaluate whether the Program represents sound public policy. He said there has never been a greater transfer of legislative power to the executive branch or a greater use of legislative power without congressional permission.

Our country does not have an all-powerful executive with a pen and a phone. Instead, we are regulated by a Constitution that allows for three separate and independent parts of government, he said.

Pittman quoted a section from THE FEDERALIST NO. 47, wherein  President James Madison cautioned the concentration of all legislative, executive, and judicial powers, no matter who holds them, whether hereditary, self-appointed or elected, is the very essence of tyranny.

Pittman said that despite the polarization of politics in our country, the Court is not indifferent to it. The division of powers, as defined in our Constitution, is essential to our republic’s survival. Having read the HEROES Act, the Court concludes that it does not offer “clear congressional authorization” for the Secretary’s proposed Program, Pittman said.