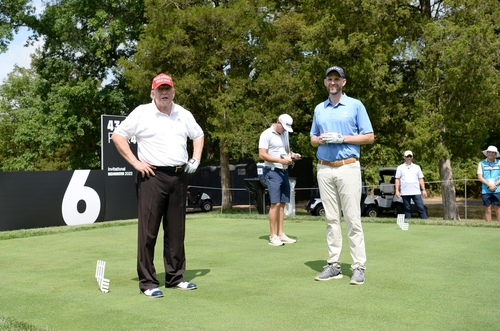 On Monday, Donald Trump’s real estate and golf resort business go on trial in Manhattan, beginning a low-level corporate fraud case with enormous financial implications, including potential fines and tax penalties in the millions of dollars. However, there is a second possible cost that government budget watchdogs have been pushing for years.

A conviction could result in the government prohibiting the Trump Organization from acting as a federal contractor, including severing Trump’s lucrative — and, according to critics, excessive — billing of Secret Service agents who stay at his properties while protecting the former president and his family.

According to watchdogs and democrats, Trump is hardly the perfect government contractor, given his numerous scrapes with fraud claims and federal requirements requiring contractors to be trustworthy and have an excellent standard of behavior.

These laws also urge the “debarment” or blacklisting of any corporation convicted of forgery, bribery, falsification or destruction of records, false representations, or tax evasion.

Steven L. Schooner, who teaches federal procurement law at George Washington University Law School, says that a conviction in this fraud trial will only boost demands to blacklist Trump.

Schooner has complained vehemently over the years as the federal government continued to do business with Trump. Noting that despite two impeachments, an inauguration scandal, questions over his Trump International Hotel in Washington, D.C., as well as the dissolution of Trump University and the Trump Foundation by the same New York attorney general’s office that now claims he stole $250 million through financial fraud.

Add to that the recent revelation that the Trump Organization billed the Secret Service over $1.4 million for stays at Trump hotels during the previous president’s tenure in office.

The Secret Service paid Trump up to $1,185 a night for a single room at his hotel in Washington, D.C., and once signed a $179,000 contract for golf cart rentals at his New Jersey golf property.

The laws that apply to regular federal contractors never applied to Trump Organization, and that is, arguably, the most dismal and harmful component of this affair, said Schooner.

His and her Mercedes automobiles

Monday’s jury selection in a Manhattan courtroom will evaluate whether the Trump Organization deceived tax authorities by providing executives a portion of their income in the form of untaxed amenities such as free residences and automobiles.

After pleading guilty to the tax-avoidance plan in August, former Trump CFO Allen Weisselberg will be the prosecution’s primary witness against the corporation.

Weisselberg confessed to pocketing $1.7 million in tax-free goodies over 15 years, including Mercedes-Benz luxury automobiles for himself and his wife, free use of Trump-branded condominiums on the Hudson River, and private school tuition for his grandchildren.

Prosecutors contend that at the Trump Organization offices at Trump Tower on Manhattan’s Fifth Avenue, the vehicles, residences, and tuition included Weisselberg’s annual salary of $940,000.

The Trump Organization is accused of willfully and regularly filing false tax forms to avoid payroll taxes on that excess salary, saving the firm and its executives money.

Weisselberg, who remains on the corporate payroll as a consultant, must pay back $2 million and serve five months in jail as part of his plea agreement. If convicted on the three tax-fraud offenses and six other counts in their indictment — all of which are misdemeanors — the Trump Organization could be subject to severe tax penalties and fines of up to $1.6 million, according to Reuters.

Attorneys for Trump have countered that the Manhattan District Attorney’s office, which Democrats have dominated for decades, is pursuing a “penny-ante fringe benefits case out of political bias” against Trump. However, the trial judge, state Supreme Court Justice Juan Merchan, has prohibited the defense from raising this argument at trial.

A case for ‘debarment.’

Recent Secret Service billing discoveries and the commencement of the Manhattan trial have raised the stakes for those asking for the termination of Trump’s federal contracts.

According to Noah Bookbinder, head of Citizens for Responsibility and Ethics in Washington, the Trump Organization essentially ripped off the federal government and taxpayers.

He told Insider that it is difficult to understand how the federal authorities could not exclude them at that stage if there is a criminal record. Bookbinder and Schooner, professors of procurement law, publicly requested that the government sever links with Trump’s organization and its top officials in October 2021.

It was sent to the federal General Services Administration, which regulates contracts, as well as government entities that have done business with Trump, such as the Department of Homeland Security, which administers the Secret Service.

Sean Moultin, the senior policy analyst for the Project on Government Oversight, another ethics and accountability watchdog group that signed the letter, stated, “Our view has not changed.” A conviction on any accusations against the organization would make debarment inevitable; he told Insider.

A representative for the Secret Service declined to comment on a possible debarment of the Trump Organization, stating instead that the organization will respond immediately to the congressional probe into Trump’s billing practices.

The Secret Service is a difficult target.

By federal procurement standards, an agency may continue using a blacklisted company provided it can demonstrate compelling grounds supporting ongoing commercial interactions between that agency and the contractor.

In the case of the Secret Service, this would imply that there is no way to successfully guard Trump and his family without residing at one of his clubs, such as Mar-a-Lago in Palm Beach, Florida, or Trump National Golf Club in Bedminster, New Jersey.

Aside from the unlikelihood of a cash-free solution — Trump allowing the Secret Service to “stay at our homes for free,” as Eric Trump allegedly offered, or forgoing Secret Service protection willingly, as Richard Nixon did — watchdogs agree that Trump’s Secret Service tap may remain open.

However, the blacklisting of Trump would preclude him from engaging in future self-dealing with other forms of contracts. Moultin from POGO stated that the Secret Service might be able to make some type of claim that they are in a unique scenario in wanting to remain close to the former president. Moultin recalled when Trump proposed convening a G-7 meeting at one of his sites.

In 2019, acting White House chief of staff Mick Mulvaney stated the United States would hold the 2020 G-7 summit at the Trump National Doral golf property in Miami. Critics accused the then-president of self-dealing and other ethical infractions, prompting the concept to be soon abandoned.

During the same year, then-Vice President Mike Pence stayed at a Trump hotel 180 miles from any official engagements in Ireland, while Air Force crews stayed at Trump’s premium golf property in Scotland.

Moultin stated if there was a future Trump government or even a future Republican administration, this concept of conducting official events on his estates might be brought up.