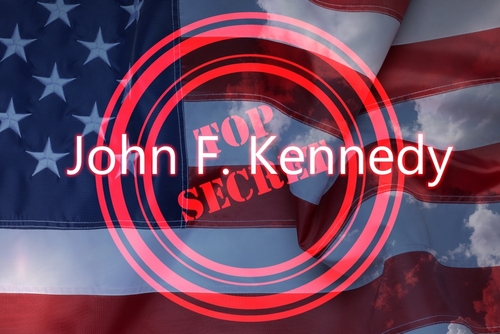 Earlier this week, a non-profit archive sued the Biden administration for the decision to delay the release of federal documents about the assassination of John F. Kennedy. According to the Mary Ferrell Foundation, continuous delays have prevented historians from researching the 1963 death of the president.

The lawsuit was launched by the Mary Ferrell Foundation (MFF), which maintains an extensive online archive of documents relating to the 1963 killing of the president in Dallas by Lee Harvey Oswald. The assassination of John F. Kennedy has long been the topic of great attention, debate, and conspiracy theories.

According to NBC News, the lawsuit contends that the government has not complied with the President John F. Kennedy Assassination Materials Collection Act of 1992, passed unanimously by Congress to make JFK assassination records public by 2017.

The President John F. Kennedy Assassination Materials Collection Act, enacted in 1992, established October 27, 2017, as the last deadline for the government to provide records about the incident. Then-president Donald Trump, though, postponed the release of some information until 2021, claiming national security concerns.

Biden signed a document in October postponing distribution until December 15 this year. The White House delayed the publication of around 16,000 papers related to the killing of John F. Kennedy, citing the COVID-19 epidemic.

The foundation wants a judge to overturn Biden’s decision from the previous year to withhold the release of National Archives materials.

In addition, the claim says that the federal government suppressed documents about the CIA, Cuban dictator Fidel Castro, suspected JFK assassin Lee Harvey Oswald, and others.

Additionally, the charity requested that the National Archives locate papers known to exist but not included in the JFK Collection. In a phone interview on Wednesday, Jefferson Morley, vice president of the Mary Ferrell Foundation, said the CIA is concealing the operational interest of Senior CIA officials in Lee Harvey Oswald before the death of JFK.

In their lawsuit, lawyers for the MFF claimed that the delay is “preventing… members, scholars, and historians from learning about the killing.”

These shortcomings have resulted in uncertainty, gaps in the data, over-classification, and outright denial of thousands of assassination-related files, the organization wrote on its website, five years after the law’s deadline for full disclosure.

NBC News said that many of the remaining important materials are classified. Seventy percent are managed by the CIA, while 23 percent are handled by the FBI, according to the publication.

The action, filed in federal court in San Francisco, requests that a judge find that Biden’s memo breaches the JFK act and order the immediate release of all data. It also wants to require the government to explain all redactions and why particular information has been withheld.

“It’s the ‘dog ate my homework’ argument,” MFF attorney Bill Simpich told NBC News. The focus of this lawsuit is on delay, and the agencies constantly have new and improved justifications for why they are delaying the release of the materials.

The National Archives stated that they had completed a document-level assessment and a redaction-level review of information not yet published. NARA has made its recommendations to Biden, and results will be released in December, as stated in the memo. Jefferson Morley stated that the final 16,000 documents are some of the most sensitive regarding the assassination of the president. They are particularly hesitant to share these records, he stated. They have kept them hidden for sixty years.