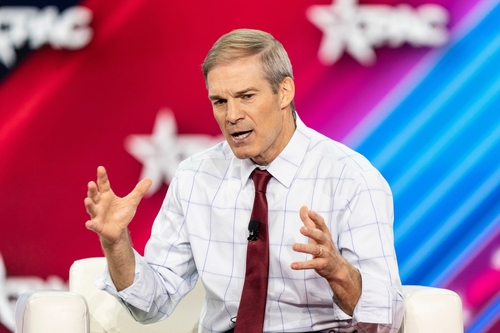 On Thursday, after the White House counsel’s office had denied GOP oversight requests, House Republicans retaliated with a barrage of criticism of the administration.

White House Special Counsel Richard Sauber wrote to Republican Jim Jordan (R-OH)  of the House Judiciary Committee and James Comer (R-KY) of the House Oversight Committee on Thursday morning, telling them that the administration would not respond to letters seeking information for potential House probes and that they would have to resend the requests once they took control of their respective committees in the next Congress. According to Sauber, the request was improper, and they are not in a position to make requests until lawmakers take over the House next month.

Why next month? The Republicans gain control of the House next month Jordan and Comer, two representatives, will likely head up the Judiciary and Oversight committees.

The Republicans accuse the Democrats of trying to “obstruct congressional scrutiny.”

He said that despite President Biden’s promises of having “the most open government in history,” the Biden White House actively works to thwart legislative scrutiny and keep information from the American people.

Because Republicans will soon control the House of Representatives, Rep. Jim Jordan (R-UT) wrote to Ron Klain, Chief of Staff for the White House, in November, requesting documents relating to the Biden Administration’s misuse of federal criminal and school board meetings where concerned parents were targeted. In his upcoming subpoena, Jordan said he would use his upcoming subpoena authority to force the release of the data.

Jordan warned that the committee could have to use a coercive process to get the information it needs if its requests were still unanswered at the start of the 118th Congress.

Comer said that the White House informed them a little before dawn at 4:33 a.m. Bien administration would not answer our questions on important topics like the border and fentanyl crises, the energy crisis, the botched Afghanistan withdrawal, the COVID origins, and the Biden family’s influence peddling.

He said that despite  President Biden’s promises of having the most “open government in history,” the Biden White House is actively working to thwart legislative scrutiny and keep information from the American people.

Jordan warned that the committee may use coercion to get the information it needed if the demands still hadn’t been fulfilled at the start of the 118th Congress.

On Thursday, the House Judiciary Committee tweeted that the White House was “playing games” by giving Politico early knowledge of the letter.

No. It’s a clear sign the Biden Administration is afraid of the scrutiny being conducted by Congress, especially considering how the Biden administration has dealt with protesting parents at local school board meetings.

The White House and the media are playing games, and this is why we need to get right down to business on January 3. Be prepared; the committee chimed in.