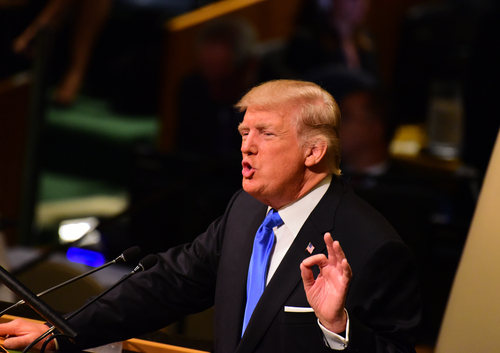 Former prosecutors say the Justice Department is weighing how to proceed in its investigation into handling classified documents at Mar-a-Lago following a legal ruling on Monday.

A federal judge in Florida appointed a special master to review documents seized from former President Donald Trump’s Florida resort. The government has been temporarily barred from using the materials in a criminal investigation.

Prosecutors could appeal U.S. District Judge Aileen Cannon’s order to prevent it from becoming precedent and to have it overturned so the investigation can continue, but this could lead to a lengthy legal battle. Or they could comply with the order in the hope that a special master will quickly review the relevant documents, resuming the investigation sooner.

Judge Cannon stated in her order that a third-party arbiter should be able to review the documents not only for attorney-client privilege issues but also for executive privilege. Some observers saw this move as a reasonable way to reassure the public that the Justice Department’s investigation was transparent and fair.

She is concerned about the 40% of the country that believes the Justice Department has unleashed itself on the former president, said Saikrishna Prakash, a law professor at the University of Virginia.

The Justice Department, which, along with the Trump legal team, has a Friday deadline to present the judge with potential special master options, could file an appeal before that. In the event of an appeal, the 11th Circuit Court of Appeals in Atlanta would hear the case. Rather than filing an outright appeal, the Justice Department could ask Judge Cannon to reconsider her ruling and present their arguments to her again.

The prospect of the Justice Department and Mr. Trump’s team reaching an agreement on potential candidates for the position also appears to be a remote possibility.

However, the prospect of having someone outside government—rather than the executive branch—assist in determining what is covered by executive privilege has perplexed some legal experts.

According to Paul Rosenzweig, a lawyer, Judge Cannon has left unanswered how a special master can decide on the far more diffuse and contentious questions of executive privilege. Rosenwig worked on the independent counsel investigation of former President Bill Clinton.

You have to give some guidelines to a special master, Mr. Rosenzweig said. He stated that he does not believe that Trump has executive privilege, but others may disagree. That is a legal issue, and it is not up to the special master to make that decision, he added.

Former Attorney General William Barr, who served during the Trump administration, said Tuesday that the ruling was flawed and that the government should appeal. Barr said on Fox News Channel that he does not believe the appointment of a special master will stand.

It’s going to be very difficult to find someone acceptable to both sides, has an active security clearance, and is willing to take on this, said Glenn Gerstell, who served as general counsel at the U.S. National Security Agency from 2015 to 2020. He described the requirement as pretty close to the definition of nonoverlapping sets. According to Mr. Gerstell, the political emotions surrounding the case are also a complication. He said that whoever accepts this must also be comfortable with the intense public scrutiny and potential threats against them. On Tuesday, a Justice Department spokesman declined to comment on the department’s intentions. Mr. Trump’s spokesman declined to comment on a special master or the strength of the team’s cas