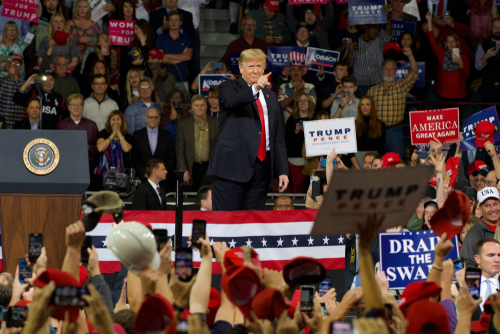 The federal grand jury is investigating the events that led up to the January 6, 2021, attack on the US Capitol and is looking into Save America leadership PAC, which is one of Donald Trump’s main political and fundraising groups. Federal prosecutors sent several subpoenas to former Trump administration officials, former campaign and communications workers, and people currently advising Trump or Save America. One of the subpoenas sent out on Wednesday was to Trump’s top adviser, William Russell.

According to multiple people who know about the subpoenas issued by a grand jury in Washington, DC, the Justice Department wants to know about how Save America was started, how it raised money, and how it spent the money it raised. Since it was started in November 2020, Save America has raised and spent more than $100 million. One person who knows how the subpoenas are written says that investigators may be looking into whether or not people with the Save America PAC stole money from people by making potentially false allegations in regards to the 2020 election being stolen.

Some of the subpoenas also asked for any information that the recipients had already given to the House select committee investigating the January 6 Capitol riot, as well as any communications that the recipients may have had with a long list of people who worked to change the results of the 2020 election, including former Trump lawyers Rudy Giuliani and Victoria Toensing and 2020 campaign adviser Boris Epshteyn. Some subpoenas included talking to a list of people from different states.

The DOJ’s investigation, already the biggest in the department’s history, has grown beyond the hundreds of rioters charged because of what they did that day. More recently, investigators have looked into what Trump and his supporters have done to change the results of the 2020 election, such as putting forward lists of “fake electors.”

Rep. Zoe Lofgren, a Democrat on the committee, said at the hearing, The committee found evidence that Trump campaign officials lied about where donors’ money would be spent and what it would be used for. If you donate the money, you should know how it is being used. What President Trump and his team did to them was not good enough.

In an interview, Lofgren said that the committee found proof that Kimberly Guilfoyle, a former member of Trump’s 2020 presidential campaign, was paid $60,000 to introduce her fiancé, Donald Trump Jr., at the “Stop the Steal” rally on the Ellipse before the US Capitol riot.

CNN had previously reported that the speech was paid for by Turning Point Action, a conservative group that supports Trump. Turning Point Action is a branch of Turning Point USA, a youth group started by Charlie Kirk, a close friend of Donald Trump Jr. Lofgren would not say at the time if she thought there had been a financial crime. Lofgren said, “I’m not saying it’s a crime.”

Amanda Wick, a senior investigator for the committee, said in a video at the June hearing that the committee found that Trump and his allies raised $250 million from claims of election fraud. The committee said that most of the money raised during this time went to the Save America PAC and not to lawsuits about the election.