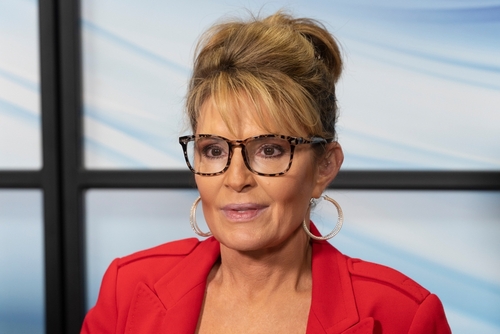 Since Alaska’s primary election, a heated debate among politicians has erupted over ranked-choice voting. Some legislators argue that the electoral system “gives all Americans a voice” and is “sensible” regarding weeding out extreme candidates. In contrast, others call it a “scam” that “disenfranchises voters.”

The process isn’t widely used in the United States; as of June 2022, only two states (Alaska and Maine) used it for federal or state-level elections. Hawaii adopted the system but has yet to use it in federal special elections or county council special elections. Twelve more states have either already implemented or plan to implement ranked choice voting at the local level.

As part of the voting process, voters are able to rank candidates on the ballot in order of preference by using a ranked-choice voting system. A candidate wins the election if they receive an outright majority of first-preference votes (51% or more). In the event that this is not the case, and there is no majority, the candidate with the fewest first preferences is eliminated.

All of the eliminated candidates’ first-preference votes are removed, allowing the second-preference options to appear on the ballot. Officials will conduct new tallies until only two candidates remain to determine who receives an outright majority of votes. According to Ballotpedia, ranked-choice voting is also known as “instant runoff voting” or “single transferable voting.”

Following Maine’s approval of the 2016 ballot measure, the Committee for Ranked Choice Voting stated that ranked-choice voting gives voters more choice, leads to results that better reflect the will of the majority, reduces the returns to negative campaigning, and promotes collaborative approaches and people.

But not everyone agrees, including former Alaska Gov. Sarah Palin, who was defeated by voters using the ranked-choice system last month. She called it a “mistake” that was sold as a way to make elections better reflect the will of the people,  but now “the exact opposite is true.”

The people of Alaska do not want the destructive Democrat agenda to destroy our land and our lives, Palin said. It effectively deprives 60% of Alaska voters of their right to vote.

According to NBC, Palin’s Democratic opponent vying for the seat of late GOP Rep. Don Young, Mary Peltola, led Palin 51.5% to 48.5% as of Tuesday afternoon, with 99% of the ranked-choice votes counted. Palin also faced Republican Nick Begich and independent Chris Bye for the seat. Because the top four vote-getters are permitted in Alaska’s system, all four candidates will remain on the November ballot. Peltola received 39.7% of the vote, Palin received 30.9%, and Begich received 27.8%.

According to Peltola, she is “very optimistic about the ranked-choice voting system.”

Palin claims that the only reason Peltola is set to make history in Alaska is that Alaskans “split the Republican vote.”

She is now urging Begich to “swallow a little pride” and withdraw from the race so that Republicans can rally behind a single candidate. Begich said he plans to travel around the state, telling voters they have a choice between him and Peltola.

After Palin’s defeat, some Republican lawmakers defended her, warning that if more states adopted ranked-choice voting systems, Democrats would gain control of the country.

“Ranked choice voting is a scam to rig elections,” Sen. Tom Cotton, R-Ark., tweeted. While 60% of Alaska voters voted for a Republican, a Democrat ‘won’ due to a convoluted process and ballot exhaustion, disenfranchising voters.

After becoming the largest U.S. city to adopt it with voter approval in 2019, New York City had its first modern-day run with ranked-choice voting in local elections last year (despite using it for some races in the 1930s and 1940s). According to a POLITICO analysis, the new process only changed the outcome of a few races, with three races out of 63 where the candidate with the most first-choice votes lost the election.

Democratic Mayor Eric Adams was elected using this system, but he expressed concerns during his campaign, claiming it was unfair. His rivals, Kathryn Garcia and Andrew Yang, formed an alliance to rank each other in order of preference. At the time, supporters of the system said Adams’ victory exemplified what ranked-choice voting is supposed to do: elevate the candidates with the most support. He received 30 to 40% votes in four of the city’s five boroughs and 31.8% of first-choice votes in the city.

Opponents argue that ranked-choice voting is less democratic because it violates the “one person, one vote” principle and that candidates (such as Adams’ rivals in New York City) can engage in horse-trading. Opponents also raise technical concerns: the process is complicated, and a Maine policy analyst discovered that voters make more mistakes on ranked choice ballots than on regular ballots. According to another survey, most voters do not complete all options. In the New York race last year, only a quarter of eligible voters chose five candidates, which critics may argue means the winners did not have a true majority if not everyone is required to rank every candidate. Cotton coined the term “ballot exhaustion,” which occurs when voters fail to rank enough candidates.

Experts are hesitant to draw conclusions from Peltola’s victory. They believe that ranked-choice voting will become more evident in November when Alaskans will use the same method for dozens of state legislative campaigns and Republican Sen. Lisa Murkowski’s reelection campaign.