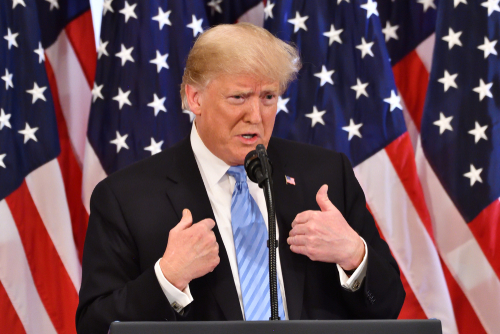 In response to the Justice Department’s investigation into sensitive documents stored at Mar-a-Lago, former President Donald Trump will hire a top Florida lawyer to lead his defense.

Former state solicitor general Chris Kise is being hired amid internal discussions within the former president’s circle over the quality of his legal team. According to various sources, several lawyers had been contacted about the case but declined to take it.

A Florida federal judge has signaled she is prepared to grant Mr. Trump’s request for someone outside the Justice Department to examine the documents and set aside those protected by legal privilege. As a result of the lawsuit, the Justice Department stated that a special DOJ team withheld some seized documents from investigators because they might contain attorney-client information.

The department had already reviewed those potentially privileged materials; U.S. district judge’s preliminary decision to appoint a special master to review them might be slightly redundant.

Mr. Kise is expected to make his debut at a hearing scheduled for Thursday by Judge Cannon. An individual who has knowledge of the matter says, Mr. Kise has a deal to join Mr. Trump’s team and will leave Foley & Lardner to do so. In the past, he has successfully argued cases before the U.S. Supreme Court. As a longtime GOP activist, he served on the transition teams of former Republican Gov. Rick Scott and current GOP Gov. Ron DeSantis.

As solicitor general, he served under then-Florida Republican Attorney General Charlie Crist, who subsequently became governor and switched parties, vacating his seat in the House to run against Mr. DeSantis.

According to sources, several lawyers turned down the job because they were concerned Mr. Trump wouldn’t follow their legal advice and wasn’t paying his legal bills.

By adding Mr. Kise to the legal team, Mr. Trump will have a seasoned lawyer with Florida experience, including experience in the Southern District of Florida, where the case is pending. According to NBC News, the hiring was announced earlier Tuesday.

The hiring of Kise comes at a critical time for the former president, whose legal team has faced criticism for handling the case in the Southern District of Florida, including its struggles to handle basic administrative tasks. Trump’s team has argued that the former president has the right to declassify documents, that the same laws do not bind him regarding handling classified materials, and that some of the materials fall under executive or attorney-client privilege. Additionally, Trump has sought to frame the dispute as a bookkeeping issue over presidential records requiring negotiations with the National Archives, not criminal proceedings.

Bob Martinez, a former U.S. attorney for the Southern District of Florida appointed by President George H.W. Bush, said Kise was a very serious lawyer who knew his way around government and politics. Mr. Martinez expressed his hope that the matter could be resolved amicably. Martinez believes that the DOJ does not intend to prosecute the case but more to get the records back. Hopefully, it ends there.