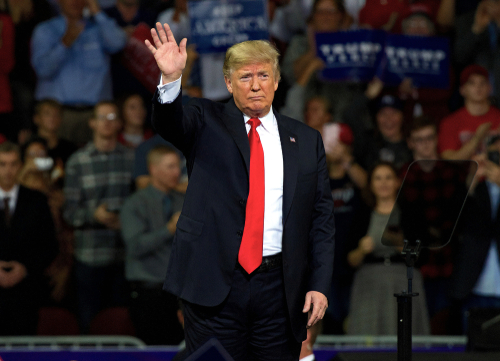 Wednesday, Eastman appeared before the Fulton County grand jury. Eastman was advised to assert attorney-client privilege and the constitutional right to remain silent where appropriate.

In a statement, Eastman’s lawyers, Charles Burnham and Harvey Silverglate said they advised him not to answer questions under the Fifth Amendment. His lawyers declined to divulge the nature of the questions. The District Attorney’s Office has set itself on an unprecedented path of criminalizing controversial and disfavored legal theories, possibly hoping the federal government will follow suit. John Adams, Ruth Ginsburg, Thurgood Marshall, and many other now-renowned American lawyers would have ended their careers if unpopular legal theories were criminalized, according to Burham and Silverglate.

Additionally, Eastman seeks to get his cell phone back; in an interview with Tucker Carlson back in June, he stated that his phone was seized without a proper warrant.

U.S. District Judge Robert Brack for the District of New Mexico, who is overseeing that case, had agreed earlier this year to hold a Sept. 6 hearing to discuss Eastman’s allegations. However, he later issued a statement that the government has affirmed to the Court on the record that a warrant has been issued, the Court finds that Eastman cannot make a good faith argument that an evidentiary issue on the existence of a warrant remains.

By citing the Fifth Amendment, Eastman previously refused to answer questions at the House committee investigating the Capitol attack on Jan. 6, 2021. It has already been determined by a California federal judge that Eastman and Trump acted unlawfully in trying to overturn the election, but neither has been charged criminally.

In Eastman’s strategy, then-Vice President Mike Pence, as president of the Senate, was to reject electors for Biden from seven contested states during the Electoral College count. If the votes are rejected, the election will go to Trump or the House of Representatives, where a majority of Republican delegations could name him president. Despite a request to participate, Pence declined.

A court document seeking Giuliani’s grand jury appearance highlights his Dec. 3 appearance before the Georgia state Senate. Giuliani offered a video recording of election workers at State Farm Arena in Atlanta, purporting to show “suitcases” of unlawful ballots from unknown sources outside the view of election poll watchers. The secretary of state’s office discredited the video within 24 hours of the state Senate hearing, concluding there was “no voter fraud.”

Fulton County officials referred to the same Senate hearing as part of their request for Eastman’s grand jury testimony. During that hearing, Eastman discussed assembling alternate slates of electors to support Trump. On the grounds of unfounded allegations of voter fraud in the state, Trump’s attorney told lawmakers they had a “duty” to replace the Democratic Party electors.