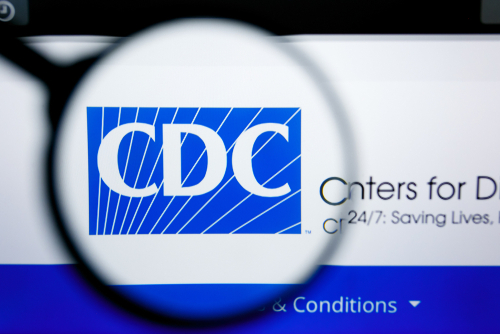 The latest chapter in the “Twitter Files” controversy has shown how Big Tech advanced its goals by working hand in hand with the Biden administration.

This time, it’s about Twitter’s efforts, in conjunction with the Biden administration, to quell the dissemination of what it called “misinformation” concerning COVID-19.

A thread published on Monday by novelist and journalist David Zweig said that Twitter “rigged the COVID debate” by suppressing regular users, including some who shared the CDC’s “own statistics,” and blocking unpleasant facts regarding the pandemic.

Zweig started by saying that the Trump administration met with social media companies at the beginning of the COVID outbreak to “fight disinformation” that may cause people to panic and buy too much food.

Not everyone was on Twitter. Representatives from Google, Facebook, Microsoft, and others also attended meetings with the Trump administration.

But what Zweig shows about the Biden administration’s conduct is quite frightening.

According to Zweig, the Biden administration quickly met with Twitter after taking office. It pressured the company to take further action to remove “anti-vaxxer” accounts, including those belonging to journalists like Alex Berenson.

For allowing vaccine disinformation to spread, President Joe Biden blamed social media corporations for “killing people” in the summer of 2021. A few hours after Biden’s remarks, Berenson was suspended and then permanently banned the following month.

Berenson filed a lawsuit against Twitter, and the two eventually settled. Twitter was required to divulge internal correspondence during the lawsuit that demonstrated the White House pressured the corporation to take action against Berenson.

However, Biden and Big Tech’s attack did not stop with the press. It started suppressing the voices of health specialists who dared to question the official line of the government and the CDC on the issue of COVID.

According to a December 2022 summary by Lauren Culbertson, Twitter’s Head of U.S. Public Policy, it reinforces the White House’s pressure campaign and showcases its attempts to directly influence the platform.

According to what Culbertson wrote, the Biden team was “extremely unhappy” that Twitter had not been more forceful in de-platforming many accounts. In other words, they wanted Twitter to up its game.

Twitter censored viewpoints, including those of many medical professionals and scientists who disagreed with the administration’s official stances. This meant that important facts and questions that may have enriched the public discourse were overlooked.

Unavoidably, genuine but dissenting content was labeled as disinformation, leading to the suspension of accounts belonging to physicians and others who tweeted their thoughts and facts.

Dr. Martin Kulldorf, an epidemiologist at Harvard, was one of those whose opinions were labeled “misleading” because he questioned whether everyone needed the COVID vaccination.

A moderator’s intent to action” is documented in emails, in which they allege Kulldorff’s tweet constitutes “false information” in violation of the company’s Covid-19 disinformation policy.

However, Kulldorff’s comment was the view of an expert, and it occurred to be consistent with the vaccination policy of many other nations. However, Twitter’s moderation team labeled it as “fake information” because it ran counter to CDC recommendations.

To limit the tweet’s capacity to be viewed and shared by many people, the apparent main function of the site, Twitter, labeled Kulldorff’s post as “Misleading” and disabled responses and likes.

Kulldorf’s tweet read: Assuming that everyone must be vaccinated as scientifically flawed as thinking that everyone should. The elderly are at high risk for CoVID infection, and their caregivers benefit greatly from vaccination. It is unnecessary for those who have already been exposed to the virus. He also added that children did not need to be vaccinated.

This is more evidence that, while under its prior ownership, Twitter functioned similarly to any other governmental agency. In previous “Twitter Files” episodes, we saw evidence that the company actively tried to suppress news of the Hunter Biden laptop before the 2020 election.

Evidence also shows that the FBI and Twitter tried to silence political critics.

For the past few years, Big Tech has been working as an arm of the Biden administration, actively suppressing people who dare to question government policy. People’s lives have been adversely affected by this.

Americans must demand accountability from Big Tech for the authoritarian policies that have endangered our most prized liberties.