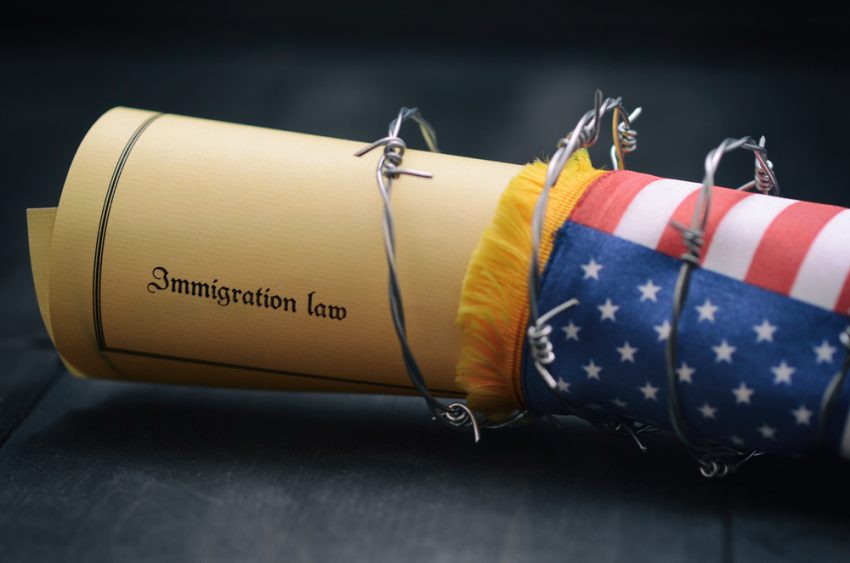 As a growing share of “woke” Democrats begin to embrace migration, the GOP’s skepticism about migration reflects the increasing polarization since 2012.

In 2008, 46% of Republicans and 39% of Democrats wanted immigration reduced, only a seven-percentage-point difference. By 2009, the gap had grown to 17 points, which has since grown to a whopping 52 points.

Gallup’s survey is skewed by corporate support for migration. When polls provide a proxy issue, respondents are less likely to endorse the establishment because they don’t feel social pressure.

While polls show that most Americans favor some immigration, they are also deeply opposed to labor migration and temporary contract workers entering the job market and taking American jobs. There is a growing opposition called the “Third Rail,” which is anti-establishment, multiracial, cross-sex, non-racist, class-based, bipartisan, rational, persistent, and recognizes the solidarity that American citizens owe to one another.

Although migration affects many Americans’ pocketbooks, many media outlets and pollsters portray migration as a “culture war” issue.

That amounts to at least one new immigrant for every two Americans, each of whom will compete for jobs, homes, and careers. In other words, the federal government is tilting the economy, wages, and government priorities to favor coastal investors, political donors, Fortune 500 companies, and foreign migrants.

Business groups are calling for more migrants in Nebraska because President Donald Trump’s migration cutbacks have reduced the supply of workers and forced employers to raise wages.

On August 7, Nebraska TV reported “Help Wanted” signs everywhere in Nebraska. That is why some organizations are partnering to create a state-wide coalition and change the narrative so people understand immigrants can play an essential role in resolving Nebraska’s labor shortages.

Short staffing affects everyone, according to Nebraska Hispanic Chamber President Yesenia Peck. As a result of the labor shortage, companies have to pay more for available workers, which is “not good,” according to Peck.

A business group’s demand for cheaper labor is justified as a remedy for rising inflation, but surveys show that rising wages are not the leading cause of increasing retail prices.

Progressives support the economic policies intended to transform the U.S. from a society dominated by European-origin civic culture into a progressive empire of competitive, resentful identity groups. Rep. Rohit Khanna (D-CA) states that the United States is trying to become the first multiracial, multiethnic superpower. Rep. Rohit Khanna (D-CA) expressed this idea to the New York Times in March 2022, stating that we will ultimately triumph.

Several noble-sounding explanations and theatrical border security programs are used to conceal the Extraction Migration economic policy. We see this progressive claim when we hear that the U.S. is a “Nation of Immigrants,” stating that migration benefits migrants and that the state must regularly replace its populations.

Regardless of their state, Americans still lose jobs, and migrants are exploited.