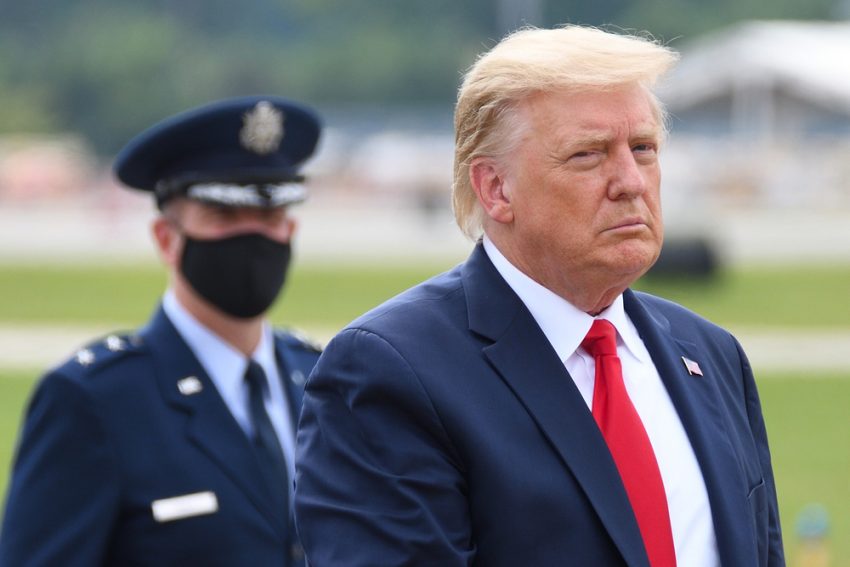 Donald Trump said Monday that his opponents do not want him to run for President in 2024. He added that they would “do anything to stop Republicans and Conservatives in the upcoming Midterm Elections.”
His Mar-a-Lago home in Palm Beach, Florida, was raided by FBI agents on Monday even though he said he was “working and cooperating with the relevant Government agencies.”

Trump issued a lengthy statement condemning the unprecedented action against a former president, saying the move was no different than Watergate and had turned the United States into a “broken Third-World.”

Also, he commented that we are living in dark times as my beautiful home, Mar-A-Lago, in Palm Beach, Florida, is currently under siege, being raided, and occupied by a large number of FBI agents. It has never happened to a U.S. president before. This unannounced raid on my home was not necessary or appropriate after I worked and cooperated with the relevant Government agencies. This is an example of prosecutorial misconduct and weaponizing the justice system. This raid is more than a campaign by radical left Democrats who are determined to stop me from running for President in 2024, based on recent polls, and who will do anything to stop Republicans and Conservatives in the upcoming midterm elections. This kind of assault can only be perpetrated in Third-World countries that are broken. America has become one of those countries, corrupt at a level that has never been seen before. My safe was even broken into! Is there a difference between this and Watergate, when operatives broke into the Democratic National Committee? The Democrats inverted the situation here, breaking into the home of the 45th President. There has been political persecution of President Donald J. Trump for years, including the now thoroughly debunked “Russia, Russia, Russia Scam” and “Impeachment Hoax #1 and #2,” and just so much more. This behavior is political targeting at its highest level.

Trump’s tirade even included a section dedicated to Hillary Clinton. He mentioned that Hilary Clinton deleted and acid-washed 33,000 emails after Congress subpoenaed them. There has been no accountability for her, and the fact that she took antique furniture and other items from the White House. Ending his speech with the fact that he stood up to America’s bureaucratic corruption, restored power to the people, and truly delivered for our Country in a way we have never seen before. Those in power hated it. He said that they hated the fact that the candidates he endorsed candidates “win big wins” and that they hated his dominance in all polls. He added that they are again trying to stop the Republican Party and him. There must be an end to lawlessness, political persecution, and Witch Hunts. He then adds dramatically that he will continue to fight for the Great American People.

There was no comment from the U.S. Justice Department.
The former President’s assertion that the action was a gross abuse of power was quickly echoed by prominent Republicans and Trump allies.
The governor of Florida, Ron DeSantis, issued a strongly worded criticism. However, many mainstream media outlets have tried to portray DeSantis as a Trump rival seeking the presidency in 2024. On Monday night, he said: Federal agencies are being weaponized against the Regime’s political opponents while people like Hunter Biden are treated with kid gloves. Another 87k IRS agents for the Regime to use against its opponents? Calling the whole thing a “Banana Republic.”

An investigation into Trump’s removal of official presidential records to his Florida estate has been launched by the Justice Department, according to a source familiar with the matter. As a result of the investigation, the U.S. National Archives and Records Administration notified Congress in February that classified White House documents had been recovered from Trump’s Florida home.

During that time, the U.S. House Oversight Committee announced it would expand an investigation into Trump’s actions and requested additional information from the Archives. He previously confirmed that he had agreed to return certain records to the Archives, calling it a “routine and ordinary process.”