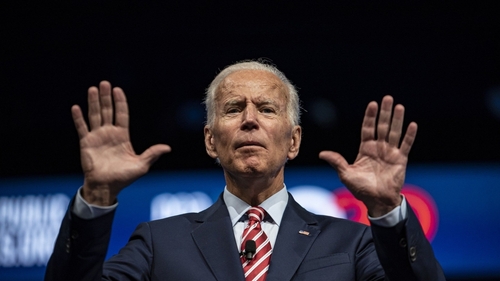 On Wednesday, President Joe Biden said the government would forgive $10,000 in student loans for many debt-stricken college graduates, which could boost Democrats’ support in the November congressional elections. Varney and Co. host noted that it is a 300-billion-dollar handout right before voting starts in November, and that’s a lot of families expecting a windfall less than three months before the midterm elections. Senator John Cornyn felt that it is the Biden Administration’s election-year stunt to force working-class folks to repay wealthy graduates’ debt. Cornyn stated that the idea was both foolish and indefensible.

More than 45 million borrowers have more than $1.6 trillion in cumulative federal student loan debt, a significant burden on the middle class.

As a result of university tuition fees that are significantly higher than in most other rich countries, American consumers are burdened by massive student loan debt of $1.75 trillion, which the federal government mostly holds.

Earning a college degree or certificate should give everyone in America a head start when it comes to securing a bright future. Education Secretary Miguel Cardona said that student loan debt had hindered many people from achieving their dreams, including owning a home, starting a business, or providing for their families.

According to Senate Minority Leader Mitch McConnell, President Biden’s student loan socialism is a slap in the face. It is an insult to all families who sacrificed to save money for college, all graduates who paid off their debt, and all Americans who chose a career path or volunteered to serve in our armed forces to avoid debt.

Congressional Republicans, seeking to regain control in November, oppose the move, arguing it disproportionately benefits those with higher incomes.

As a result of the COVID-19-related pause on student loan repayments, the Biden administration has decided to extend the program through December 31. In contrast, borrowers whose incomes are below $125,000 a year, or $250,000 for a married couple, will be forgiven $10,000 in student debt. According to the Department of Education, 8 million borrowers will be automatically forgiven, while others will have to apply.

According to a New York Federal Reserve study, cutting $10,000 in federal student loans for every student would eliminate the entire balance for 11.8 million borrowers or 31%.

Since March 2020, most federal student loans have been frozen due to the COVID-19 outbreak. According to a senior Biden administration official, up to 43 million student borrowers would benefit from the loan forgiveness plan, with some 20 million having their debt completely forgiven.

However, the official explained that student loans paused during COVID 19 and will resume being paid after December 31. This move would offset inflationary effects. It has even been suggested that continuing payments may dampen prices.