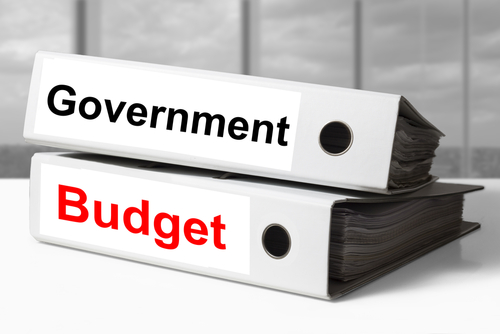 Senate Democrats push ahead with their spending plans while talks stall. GOP critics claim the package includes large hikes for the IRS and other non-defense agencies. A top Senate Democrat stated that his party intends to introduce an omnibus spending bill on Monday to press Republicans into accepting a deal or risking an alternative that would freeze government spending for the entire year and prevent reallocating funds to military and other programs.

As chair of the Senate Appropriations Committee (D., Vermont), Patrick Leahy (D., Vt.) explained, the measure would provide the level of defense funding Congress authorized in its separate defense policy bill—about $858 billion, or about a 10% increase—as well as paying for what he said was an increase in non-defense programs that were needed. According to Mr. Leahy, this is a sensible road forward, and he encourages his Republican friends to take it.

Republicans and Democrats have reached a stalemate over the spending on non-defense programs in the omnibus, with Republicans complaining that Democrats are seeking large increases for portions of the budget that fund entities such as the Internal Revenue Service, which are, according to Republicans, flush with cash. Democrats’ Inflation Reduction Act earlier this year gave increased money for IRS staffing and enforcement and funds for the environment, healthcare, and energy initiatives.

On non-defense spending, Democrats and Republicans have been around $26 billion apart, with neither party showing any indications of movement. In earlier years, discussions over the defense and non-defense often strive for rough parity. Congress authorized $730 billion in the non-defense budget for fiscal 2022, an increase of $46 billion, and $782 billion in military funding, an increase of $42 billion.

Alabama Sen. Richard Shelby, the senior Senate Republican on the appropriations committee, warned that Mr. Leahy’s plan wouldn’t have his support. Nothing will proceed out of the Senate if the Republicans haven’t agreed on it, he added.

If no compromise is struck as the end of the year approaches, legislators have suggested they would need to fall back on a so-called continuing resolution, which supports the government at current levels. Various politicians have proposed prolonging financing through early 2023 or for the whole fiscal year, which ends in September.

The route was uncertain, as neither House Speaker Nancy Pelosi (D., Calif.) nor Senate Majority Leader Chuck Schumer (D., N.Y.) scheduled voting on an omnibus package for next week. Mrs. Pelosi disagreed with the Republican claim that Democrats have spent too much in recent legislation, stating that the funds were used to treat the Covid-19 outbreak and other issues. The primary preference is to have a bipartisan omnibus measure; she added that it may still be accomplished. Mrs. Pelosi stated that if it does not receive bipartisan support, they may be required to submit a one-year CR.

The government is currently financed through Friday, December 16, under a continuing resolution that maintains funding at the fiscal year 2022 levels and prohibits agencies and departments from redeploying funds to new programs and related hires. Defense Secretary Lloyd Austin has already cautioned that a longer-term continuing resolution would harm the military’s research and development initiatives.

The government will partially shut down if Congress does not act by the deadline. Democrats believe the Friday deadline will exert sufficient pressure on Republicans to compel them to embrace their proposal. The primary focal point is the 50-50 Senate, where Democrats required at least ten Republican votes to overcome procedural obstacles to approval. A spending measure can be passed with a simple majority in the House.

Mitch McConnell (R-Kentucky), the leader of the Senate Republicans, dismissed the concept that a sufficient number of Republicans would support a Democratic plan.

Mr. McConnell stated on the Senate floor that the party of the commander-in-chief has no right to hold our troops hostage for unrelated policy goals. Democrats will not receive special prizes for performing their duties.

Democrats have attempted to depict the standoff as the result of Republicans’ alleged refusal to pay veterans’ healthcare, which generally falls under the non-defense budget. The PACT Act, established by Congress to reimburse the costs of veterans exposed to specific chemicals, caused an increase in the veterans’ healthcare expenditures in the fiscal year 2023. The expansion is implemented by mandating that the Department of Veterans Affairs assume certain ailments are connected to a veteran’s service.

Republicans assert that they wish to pay for veterans’ healthcare and that Democrats can tolerate less non-defense expenditure elsewhere due to prior legislation. The Inflation Reduction Act provided, among other things, the IRS with an influx of $80 billion over ten years. Instead of granting the IRS a substantial budget boost for the current fiscal year, Republicans argue that some funds may be redeployed to the fiscal 2023 budget.

Sen. Chris Van Hollen (D., Md.), chairman of the appropriations subcommittee for financial services and general government, stated that Democrats offered a considerably lesser increase for the Internal Revenue Service (IRS) than they would have without the Inflation Reduction Act. However, he indicated a readiness to negotiate with Republicans.

Mr. Van Hollen stated that if they want to flat fund the IRS, on last year’s level, he absolutely would consider it.

Earlier this week, Mr. McConnell broached the notion of a short-term extension until next year, when Republicans will control the House and have greater influence over spending bills.

House Minority Leader Kevin McCarthy (R., Calif.) said he would rather legislators enact a continuing resolution through 2023 and leave the longer-term budget issues for the next Congress. Mr. McCarthy is the front-runner to become the next speaker of the House, and he has sought to bolster support among House Republicans, the majority of whom want to reduce government spending.