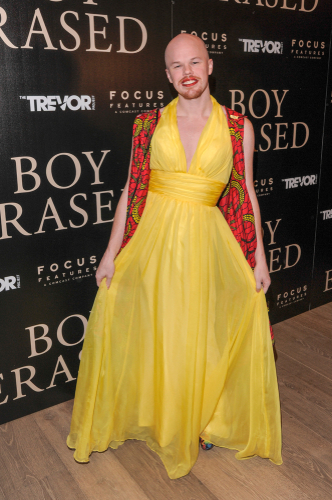 According to the report filed at Las Vegas Metropolitan Police Department (LVMPD) by a detective on Wednesday, Samuel Brinton, who has served in the Energy Department (DOE) since June, is accused of stealing a suitcase valued at $3,670 on July 6 at Harry Reid International Airport in Las Vegas.
Valued at $2,100, the bag’s contents included $1,700 in jewelry, $850 in apparel, and $500 in cosmetics.

According to the detective’s report, a female passenger on July 6 from Washington, DC, to Las Vegas reported missing one of her checked bags.
After the victim reported her bag missing, police examined surveillance footage. They identified the suspect as “a white male adult wearing a white T-shirt with a large rainbow-colored atomic nuclear symbol design” who hurriedly retrieved luggage matching the victim’s description and then left the airport.

However, because police could not determine who had stolen the suitcase, they halted their inquiry.
However, on November 29, media reports surfaced detailing Brinton’s claimed theft in a Minnesota airport, prompting investigators to review the case because the suspect fit Brinton’s description.
After reading the news reports, the officer who had closed the investigation months earlier “immediately recognized” Brinton “as the suspect relevant to this case.”

After discovering an Instagram picture in which Brinton had uploaded a selfie while also donning the victim’s rainbow-colored atomic sign shirt, police could determine that Brinton had taken the same trip to Las Vegas on July 6.

The statement determined probable cause exists that Brinton committed grand larceny with intent to deprive the owner of property valued at $3,670 permanently. To steal property valued at more than $3,500 in Nevada is a category B felony punishable by up to 10 years in jail and a $10,000 fine.

Meanwhile, Brinton will have a court hearing later this month in Minnesota state court on similar allegations stemming from an incident in September at the Minneapolis-St. Paul Airport (MSP).
A criminal complaint filed on October 26 accused Brinton of taking luggage worth $2,325 from an MSP baggage carousel on September 16.

Minneapolis police similarly watched, using security camera footage, Brinton takes a suitcase before removing its tag and running away.
In a short conversation with a police officer, Brinton explained that he stole the bag from exhaustion.

The Department of Energy mysteriously put Brinton on leave shortly after he was accused in October. The agency has confirmed Brinton is out on leave, but they are still tight-lipped about why exactly she isn’t working.

Republicans in Congress have voiced alarm, saying that the public needs to know whether or not Brinton is still receiving federal money and whether or not the Department of Energy has revoked his security clearance.

Brinton, a nonbinary gender-fluid individual, made headlines when they were assigned to oversee nuclear waste policy at the Department of Energy’s Office of Nuclear Energy. Brinton has also posted about being a member of the so-called Sisters of Perpetual Indulgence, a drag queen society.