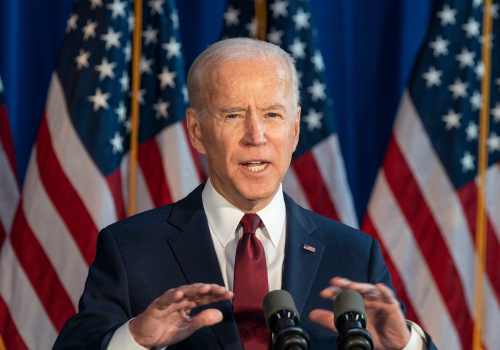 On Wednesday, the Supreme Court was urged to suspend the Biden administration’s student loan debt forgiveness scheme, which is scheduled to go into effect this weekend.

Justice Amy Coney Barrett, who is responsible for reviewing emergency application requests from the 7th Circuit U.S. Court of Appeals, received the request from the Brown County Taxpayers Association in Wisconsin. The White House did not immediately react to the group’s request for comment.

A federal court in Wisconsin dismissed the taxpayers association’s lawsuit challenging the program earlier this month, finding that the group lacked the legal capacity to oppose the proposal. The organization subsequently filed an appeal with the 7th Circuit Court of Appeals.

The motion sent to Barrett on Wednesday requests that President Joe Biden’s intention to forgive up to $20,000 in school debt for millions of students be halted until the conclusion of a pending appeal.

In the wake of Friday’s announcement, the U.S. Department of Education has released a beta version of its application for the forgiveness of student loans. During the weekend, more than 8 million individuals filed pleas for aid.

Increasing numbers of court challenges have been filed against the president’s proposal.

Arkansas, Iowa, Kansas, Missouri, Nebraska, and South Carolina, all led by Republicans, are attempting to stop Biden’s plan, alleging that the president has the authority to give countrywide debt relief without Congress. They also assert that the measure will reduce business for private businesses that handle some federal student loans.

Arkansas Attorney General Leslie Rutledge indicated she was prepared to contest the administration’s plan to erase student loan debt. Rutledge said it is a shame that the president is trying to bail out adult college students who willfully took out these loans during a news conference.

When questioned about Arkansas people with college debt, Rutledge urged them to repay their obligations. She stated you promised to repay that debt when you obtained it. Do what she did and repay that debt. Do not place your student loans on the backs of others who did not profit from a college degree.

Finding a plaintiff who can demonstrate the policy has damaged them is the primary challenge for those who wish to thwart the president’s actions. Professor of law at Harvard, Laurence Tribe, stated that such harm is necessary to establish standing in court. Tribe stated that he is not confident that any pending litigation has accomplished this.