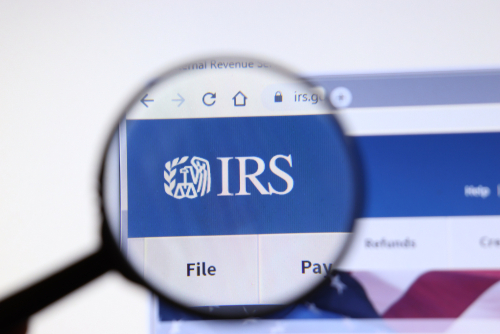 According to the authoritative Transactional Records Access Clearinghouse, the IRS audits a few billionaires but targets numerous low-income families in FY 2022, to cite the report’s January 4 title. Particularly, the TRAC Syracuse analysis found that “the taxpayer class” with extremely high audit rates – five and a half times nearly everyone else comprised wage earners claiming the earned income tax credit and were low-income.

The Dangerous Expansion Of The Irs Under The Democrats Is Something Voters Should Never Forget.

Because of the way, the IRS audit system is designed, low-income earners, not billionaires, are often the ones who suffer the most from audits, often losing money not because the IRS discovered them to be gaming the system but because they lack the ability to comply with the audit requests.

According to TRAC Syracuse, the complex challenges naturally involved with substantiating the anti-poverty earned income tax credit are a major problem for low-income taxpayers. National Taxpayer Advocate Erin Collins reported this to Congress. According to Collins, the IRS correspondence audit process is built to use the least amount of resources to perform the maximum number of examinations, which, in turn, leads to the lowest level of customer service to taxpayers with the greatest need for assistance.

The disparity hurting low-income earners is almost certain to remain in place and even be exacerbated after Democrats in Congress last year (against unanimous Republican opposition) voted to give the IRS another $80 billion for those 87,000 new agents without providing any mechanisms to fix this problem. Conservative columnist Deroy Murdock has made it clear in multiple pieces that Democrats voted against an amendment that would have prevented the use of extra Internal Revenue Service Funds from being utilized for audits of individuals with taxable incomes below $400,000.

It is estimated that $20 billion will be collected from middle-class taxpayers due to these audits, some of whom, like some low-income earners, will be guilty not of fraud but of lacking the financial means to challenge the IRS’s erroneous assumptions.

Further, Collins faulted the IRS for merely presenting them with low- and middle-income persons with a generic toll-free telephone number. One where the public seldom can get through to speak with somebody educated to truly assist them. As reported by TRAC Syracuse, a mere 10% of taxpayers’ calls to the IRS assistance line were answered by an agent during the past two years.

Because of this, the IRS is no longer seen as a reasonable tool for fair, lawful collections but rather as a mob-like shakedown agency. This gangsterish operation will only worsen thanks to the new law approved last year by Democrats acting alone. This is a terrible injustice that should be considered criminal.