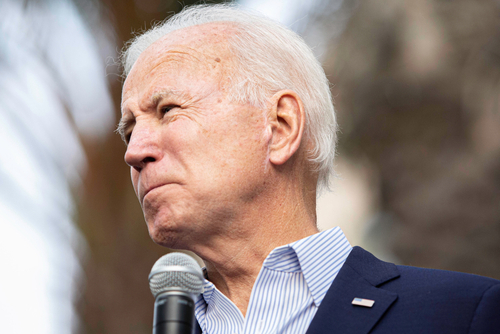 Amidst a historic number of border crossings, President Biden reportedly plans to visit the border between the United States and Mexico.

On January 9 and 10, Biden will go to Canada to meet with Prime Minister Justin Trudeau and Mexico’s President Andrés Manuel López Obrador. On Wednesday, he announced his intentions to visit the border during a speech at the Cincinnati, Northern Kentucky International Airport.

This would be President Biden’s first visit to the border during his tenure.

According to those briefed on the administration’s deliberations, no new policies will be announced during Biden’s visit even though the administration has come under fire for the lack of handling of the recent influx of migrants into the United States.

In the fiscal year 2023 through December 29, 2022, Customs and Border Protection sources reported 617,250 migrant interactions, an all-time high; that works out to an average of 6,858 encounters each day.

The number of interactions with migrants in the 2022’s fiscal year was 2.3 million.

On December 6, when asked why he would visit a border state but not the U.S. -Mexico border itself, President Biden responded that more important things were happening.

Title 42, a provision implemented during the pandemic by former President Donald Trump that authorizes United States immigration authorities to remove migrants immediately from the country based on public health, has been a target of the Biden administration’s efforts to get it repealed.

After U.S. District Judge Emmet Sullivan sided with immigration supporters and set the end date for Title 42 for December 21, the Supreme Court temporarily paused the termination while considering whether a case from six Republican-led states could proceed.

When asked about criticism and doubts about whether Biden would visit the border, administration officials have previously downplayed them.

In November, White House press secretary Karine Jean-Pierre claimed that President Biden had visited the border without presenting any proof.

Peter Doocy, a reporter, said the public is aware that Biden has never visited the border, and the man who could become House speaker next wants Biden to join him if that happens. Doocy then inquired as to whether or not Biden planned to make a trip to the border.

According to Jean-Pierre, President Biden visited the border shortly after he assumed office.

Doocy followed up with a question about when Biden had been there. At that point, Jean-Pierre attempted to sidestep the problem by laying the responsibility on Republicans for their supposed reluctance to cooperate with Biden.

Jean-Pierre claimed the Republicans were engaging in political grandstanding by claiming they were handling the crisis in the manner they had proposed.

In the eyes of Republicans, the administration’s lack of attention to the border situation is seen by the absence of an official visit. However, immigration experts have warned that the visit might become a photo op that Republicans can use to justify their assaults on the Democrats’ immigration policies.

The Republican leader in the House, Kevin McCarthy, recently told reporters that he had asked President Biden to visit the border with him after the November election. He warned Biden that control of the border has been lost.

He said that the Republican-controlled House majority plans to investigate Biden’s actions.

Biden’s visit to the border has yet to be decided upon at this time.