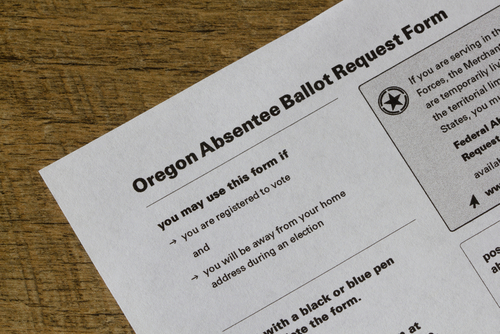 Polls indicate that Oregonians may elect a Republican governor for the first time in forty years as voters seek new leadership to combat homelessness and crime, but a well-funded independent complicates the contest.

According to FiveThirtyEight, Betsy Johnson, a former Democratic state senator running for governor as an independent, received an average of 14% of the vote.

In this election, Republicans have a lot going for them, said Jessica Taylor, editor of the nonpartisan Cook Political Report. Ms. Taylor stated that Ms. Johnson, running a socially liberal and fiscally conservative campaign, is attracting more voters from Ms. Kotek than Ms. Drazan.

The last time Oregonians elected a Republican governor was in 1982 when Victor Atiyeh was reelected during the presidency of Ronald Reagan.

In Oregon, all statewide offices are currently held by Democrats, and President Biden won the state by 16 percentage points in 2020. However, many people are dissatisfied with increased crime, entrenched homelessness, and public drug use, notably in the state’s largest city, Portland.

The number of homicides in Portland broke a record last year, and a similar trend is observed this year. In the summer of 2020, the city became the epicenter of violent battles as people gathered for racial-justice demonstrations. Voters in Oregon decriminalized all drug possession in the fall of 2020, a move Ms. Drazan and Ms. Johnson claim has increased drug use on the streets.

According to political observers, the inability of the Democrats, who also control the state legislature, to address the issues successfully has made voters receptive to change. In addition to the fight to succeed term-limited Democratic Governor Kate Brown, numerous Democratic-controlled U.S. House districts are also vulnerable in Oregon this year.

In other Democratic-dominated states, such as New York, where voters are similarly concerned about crime, comparable forces are at play.

Ms. Drazan stated the single-party control of the Democrats had worsened our significant public policy concerns.

Ms. Kotek has maintained that Oregon’s challenges may be resolved without abandoning progressive beliefs. Her opponents, particularly Christine Drazan, would move us to the right if they were elected, she stated at a news conference on homelessness.

According to Kotek’s supporters, she would likely defeat Ms. Drazan in a head-to-head matchup. However, Ms. Johnson’s campaign, which has lost some steam in recent weeks but continues to attract a considerable number of voters, might propel the Republican to victory.

Ms. Johnson stated that she does not consider herself a spoiler. She sees herself as the next governor of Oregon, Ms. Johnson said, adding that she believed she was uniquely qualified to unite the opposing political parties.

According to data from the state’s secretary of state, registered Democrats outnumber Republicans in Oregon, but the greatest voting blocs are unaffiliated and independent registered voters.

She stated that she decided to go because she is particularly concerned about the homeless and drug addiction epidemic in Portland, which is spreading to her neighborhood.

Ramzy Hattar, 46, owns many restaurants throughout the state, including one in downtown Portland, convened a roundtable conversation with Ms. Johnson and approximately a dozen downtown business owners last week. They all recounted incidents of vandalism, theft, and rampant drug use outside their eateries.

Mr. Hattar stated that Oregon is currently a laughingstock. Ms. Kotek has been working to distance herself from the unpopular Ms. Brown and has criticized the governor for neglecting to declare a state of emergency about homelessness.

In a recent advertisement, Ms. Kotek stated, Nobody in Oregon would say, let’s do exactly what we’ve been doing. The state legislature enacted Ms. Kotek’s law legalizing tent camping on public property a year ago. At the time, Ms. Johnson and Ms. Drazan, both legislature members, opposed the legislation.

Ms. Kotek has also advocated for a proposal to accelerate housing creation to combat homelessness. Ms. Johnson and Ms. Drazan have prioritized restoring law and order to the streets of Portland.

Some progressive voters believe that a punitive strategy will not be effective. Many voters expressed support for abortion access, but it was not a deciding factor in their vote because abortion access is mandated by state law. Both Ms. Kotek and Ms. Johnson support access to abortion. This week, Ms. Kotek has attempted to galvanize voters around the issue by participating in a “Defending Our Reproductive Rights” trip.

Ms. Drazan, who is opposed to abortion, has stated that she will enforce the law. Still, she will line-item veto any legislation utilizing state dollars to pay for out-of-state residents seeking abortions in Oregon.

Phil Knight, the co-founder of Nike Inc., based in the Portland suburb of Beaverton, has made a substantial financial contribution to the contest. According to campaign documents, Mr. Knight has reportedly spent close to $5 million to defeat Ms. Kotek. Before donating $1 million to Ms. Drazan, he gave $3.75 million to Ms. Johnson.