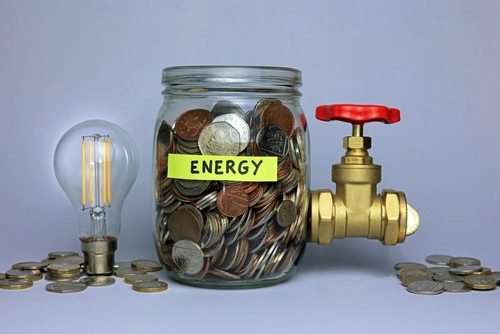 Utility users in the United States, who are already facing some of the highest bills in years, are expected to spend considerably more this winter as natural-gas prices continue to rise.

Natural-gas prices have more than quadrupled this year due to a worldwide supply deficit exacerbated by the Ukraine conflict, and they are projected to remain high for months as fuel is required to light and heat houses over the winter. The supply shortage has significantly increased the cost of utilities purchasing or producing power, which is being passed on to customers.

Customers’ electricity costs are rising from New Hampshire to Louisiana. According to the Energy Information Administration, home power prices will average 14.8 cents per kilowatt-hour in 2022, up 7.5% from 2021. The agency predicts record gas usage this year despite rising costs, partly because power generators cannot burn coal owing to supply shortages and plant retirements.

Electricity and natural gas prices have risen in many regions of the nation as exporters ship record volumes of the fuel overseas due to supply difficulties in Europe, which is striving to reduce its reliance on Russian supplies. Natural-gas producers haven’t raised output sufficiently to relieve the burden, owing to pipeline bottlenecks and investor demand for austerity.

The consumer-price index for electricity in August increased 15.8% over the same month a year ago, the largest 12-month rise since 1981, according to the U.S. Bureau of Labor Statistics.

The strain is especially severe in New England. The region is aggressively investing in renewable energy, but many of those projects aren’t yet operational and still rely largely on natural gas for electricity generation. Because of limited pipeline capacity, the area imports huge amounts of liquefied natural gas, which is in short supply due to European demand.

Eversource Energy, a utility company that serves over four million electric and natural gas customers in Connecticut, Massachusetts, and New Hampshire, enacted an unprecedented price rise for New Hampshire consumers last month. Rates have more than quadrupled from roughly 10.67 cents per kilowatt-hour to 22.57 cents per kilowatt-hour and will continue at that level until January.

Eversource’s vice president of energy supply, James Daly, stated that rate hikes look unusually harsh in New Hampshire because rules compel the business to contract for supplies less often than in other states, resulting in more gradual price rises. He claims wholesale power costs have quadrupled since 2020, hitting $130 per megawatt hour during peak demand periods. We’re still witnessing the repercussions of the Ukraine war on liquefied natural gas prices, which has an impact on our winter supply issue, he added.

Donald Kreis, who works on behalf of utility consumers via New Hampshire’s Office of the Consumer Advocate, said his office has recently had an upsurge in calls from clients worried about their capacity to deal with the rise in energy bills. Natural-gas and fuel-oil delivery prices have also risen, making home heating more expensive as the weather grows colder.

People are genuinely scared because winter is coming, he stated.

The National Energy Assistance Directors Association predicts that this will be the most expensive winter heating season in a decade, with a 35% increase to an average of $1,202 from two seasons ago and a potential surprise for customers.

This is a very significant burden for families with limited discretionary income. Especially so because we’ve had a long period of affordable home energy, said Mark Wolfe, executive director of the group, representing state directors of the federal program that assists low-income people behind on their energy bills. According to NEADA, one in every six American families is already behind on their power payments.

Duke Energy Corp., a North Carolina-based utility business providing electricity and natural gas in seven states, has been experimenting with hedging measures to minimize gas price volatility. The business recently notified residential customers in Florida, where hedging is prohibited, that their prices will rise by an average of 13% beginning in January.

The spot prices for natural gas that we are seeing are frightening, said Nelson Peeler, Duke’s senior vice president of transmission and fuels strategy. With such high prices, he continued, gasoline expenditures might account for at least 30% of a monthly payment. Rising fuel prices are on top of recovery fees paid by utilities to pay for damage caused by a relentless sequence of hurricanes that have battered the state of Louisiana, where electricity generation is mainly based on natural gas. People used air conditioning more than usual during an unusually hot June and July.

We not only had higher rates as a result of those high natural-gas costs, but we also had more utilization, said Phillip May, CEO of Entergy Corp.’s Louisiana unit. It comes when they’re facing increasing groceries and gasoline expenses.

Entergy recovers fuel expenses monthly in Louisiana, so consumers saw a spring hike in natural-gas rates in their June bills. Louisiana saw the consequences of rising gas increases quickly, faster than almost any other state, Mr. May said, but those price changes are coming to every state.

According to a study from the state’s utility regulator, Entergy’s fuel prices increased 91% in July compared to last year. According to Entergy Louisiana, overall costs increased by 38%.