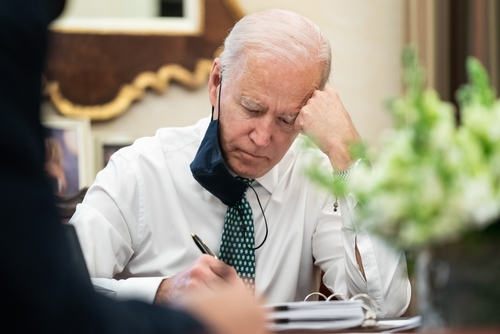 As the investigation into the president’s son continues to progress, more than 30 Republicans in the Senate have written a letter to Attorney General Merrick Garland requesting that he provide the prosecutor looking into Hunter Biden with  special counsel authority.  This allows to prosecutor to exercise all investigate and prosecutorial functions of any US Attorney.

The letter was spearheaded by Senator John Cornyn of Texas, ranking member Chuck Grassley of the Judiciary Committee from Iowa, and Minority Leader Mitch McConnell of Kentucky. The Republican senators warn of the possibility of political interference in the high-profile investigation led by Delaware U.S. Attorney David Weiss.  Weiss was appointed to his current position by former President Donald Trump.

The letter states, that as detailed by Senator Grassley, a ‘highly credible’ whistleblowers have come forward to detail a ‘widespread effort within the FBI to downplay or discredit negative information about Hunter Biden. It says, The Letter claims that Garland has taken the incomprehensible step of stifling authorized whistleblower activity. Instead of encouraging FBI and DOJ whistleblowers to reveal crimes and encourage government transparency, Garland has made the opposite move.

The text continues: Indeed, on August 30, 2022, you issued a memorandum forbidding DOJ and FBI employees from speaking with Senators, Representatives, legislative committees, or congressional staff without previous coordination, consultation, and permission by OLA.

The letter was written after a source informed Fox News in July that the investigation into Hunter Biden had reached a “critical stage” and that investigators were considering possible charges for tax crimes, potential breaches of foreign lobbying laws, and other possible offenses.

Weiss was requested to continue in his post as U.S. attorney when the Biden administration took office. This request came even though new candidates had filled many other U.S. attorney seats. This was done to prevent the impression that there was a political influence. According to a group of Republican senators in the Senate led by Cornyn, that is not sufficient.

Earlier this year, Garland spoke before the Senate and supported how the Justice Department handled the probe. In particular, he backed the decision to leave Weiss, who was appointed by Trump, in command of the inquiry. The attorney general, however, did not directly respond to whether a special counsel should be appointed to investigate the younger Biden’s financial dealings.

The subject of whether or not to have a special counsel is one that is up for internal decision-making in the department; he said.