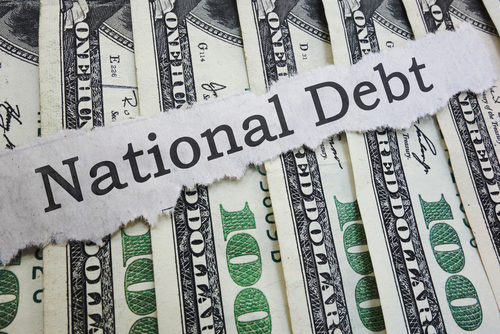 The US national debt has surpassed $31 trillion for the first time in history. According to Treasury Department figures issued on Tuesday, the total national debt as of Monday was $31.123 trillion.

It comes at an inopportune moment, amid the Federal Reserve’s efforts to combat rapid inflation by raising interest rates. It was once thought that government borrowing for the pandemic and tax cuts was an affordable option, but those higher rates are making America’s debt more expensive over time.

The fiscal deficit was estimated to reach about $1 trillion in 2022. Given the rise in entitlement expenditure and the new spending objectives set by Congress this year, some analysts say $1 trillion in additional debt each year is the new floor. Among these priorities are the Inflation Reduction Act, a health and environmental policy law, and assistance to Ukraine in its fight with Russia.

While much of the reduction in the yearly budget deficit is mostly attributable to a reduction less spending on COVID relief, President Biden has lauded his administration for decreasing the rate at which the government incurs new debt.

There is uncertainty surrounding the global economy, with investors vacillating between fears of recession and optimism that it may be avoided. Following a brutal September, Wall Street rallied close to 3 percent on Tuesday, extending gains from Monday. Several government reports showed signs of slowing the labor market, which contributed to the rally. That signaled to investors that the Fed might soon begin to slow its interest rate increases, raising company borrowing costs. However, fears of a global recession have not stopped the growing deficit, nor has recent government spending helped the economy.

In September, Biden observed that Republicans speak about being economically prudent. Last year, I cut the deficit by $350 billion. Do you know how much it will cost this year, excluding the Medicaid changes? A trillion and seven hundred billion dollars, so he doesn’t want to hear about budgetary prudence from Republicans.

Republicans have argued for many weeks that Americans are ready for lower federal spending, which they argue is a key cause of rising inflation. This is a reason to give the GOP control of Congress in the midterm elections.

Sen. Ted Cruz (R-Texas) said in August that the Democrats’ Inflation Reduction Act would increase inflation and prices, harm small businesses and manufacturing, raise the price of gas, and stick the IRS on Americans. During the same time, Americans in nearly every tax bracket will see their taxes rise, including those earning less than $40,000 a year.

Rep. Chip Roy (R-Texas) tweeted shortly after Treasury revealed the latest figure claiming the national debt was “$21 trillion just 5 years ago.”  He implores us to think about that.