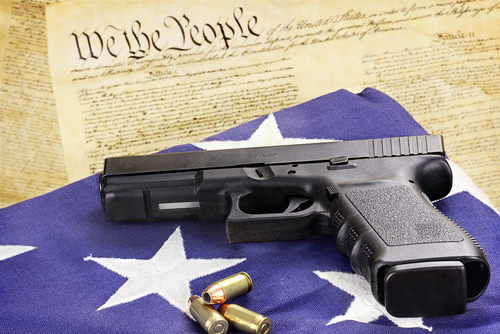 President Joe Biden has become increasingly reminiscent of a poorly made, pretend-interactive children’s toy from the early 1990s.

Biden has become so predictable, monotonous, and dull that one wonders if his doctor is ever tempted to search his lower back for a double-A battery compartment and a row of rudimentary activation buttons, pre-loaded with a small handful of vacuous stock phrases and programmed to repeat them at random whenever the conversation meanders onto familiar ground.

To the left of the list, he could find famous sayings like “Malarkey!” No kidding! “Seriously, people!” etc. On the right, he might come across some situation-appropriate cliches that, to the uninitiated, sound custom-made but are involuntary staples picked at random from an ever-shrinking list.

The president always seems to fall into this pattern when firearms come up. When a familiar subject is introduced, the old arguments emerge.

Biden went through the usuals again yesterday while musing on the value of privately owned firearms:

“If you need to worry about taking on the federal government,” he smirked, “you need some F-15s. You don’t need an AR-15.”

This is an awful thing for the president of the United States to say. Thankfully, the American people do not have to rebel against their government, and no one ever wants to think that way. A sitting president, however, should not be brooding over such matters. Given that a band of victorious rebels drafted it, the United States Constitution can be considered a mashup.

It lays out the limits of national government authority and guarantees that citizens will have a voice if their government starts trampling on their rights.

President Biden implied that the Declaration’s central promise, “that whenever any Form of Government becomes destructive of these ends, it is the Right of the People to alter or to abolish it,” is null and void because the people have no chance against a tyrannical American government.

By doing so, Biden was unwittingly quoting George Orwell, who argued in 1945 that:

Unlike Biden, Orwell did not think this possibility was positive or decisive. He wrote with obvious repulsion:

Moreover, what should be done to address this issue? The fact that the populace is armed increases the price of oppression, so they should keep that in mind even if they are currently outgunned.

Assuming that the U.S. government would be more aggressive with its citizens than it was prepared to be with hostile foreigners, and ignoring the last 50 years of American foreign policy, which saw cave-dwellers armed with AK-47s dominate the world’s sole hyperpower in Vietnam, Iraq, and Afghanistan, proves that Orwell is still correct. Do you think so? That doesn’t seem likely at all.

Many influential members of the British parliament publicly doubted the King’s position during the American Revolutionary War. By 1781, William Pitt had called it the “most accursed, wicked, barbarous, cruel, unnatural, unjust, and most diabolical” of all possible positions to take.

As Hubert Humphrey pointed out in 1960, just 15 years after the destruction of World War II:

“the right of citizens to bear arms is just one guarantee against arbitrary government, one more safeguard against the tyranny which now appears remote in America, but which, history has proved to be always possible.”

History is still being made.