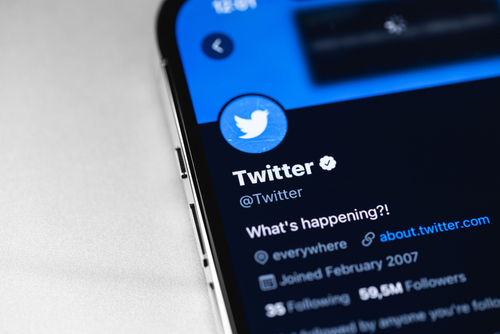 Do you all remember this? The rise of the hashtag #ReleaseTheMemo was attributed by virtually every major news outlet in the country to Russian bots and trolls. The emails from the executives completely debunk this ludicrous tale and may be found in the archives.

Even if just one or two mainstream editors didn’t take the #ReleaseTheMemo issue seriously at the time, it stands as one of the more embarrassing moments in our media’s recent history. They all claimed that Russians used Twitter bot armies to drum up cyber support for Republican congressman Devin Nunes. They all cited the same questionable source: the Hamilton 68 “dashboard” that Clint Watts, an ex-FBI counterintelligence official who now contributes to MSNBC, promoted it. Nunes had just produced a secret memo saying, among other things, that Democrats and the FBI had utilized the infamous paid oppositional research dossier of ex-spy Christopher Steele to get secret FISA monitoring power on persons close to Trump, such as Carter Page.

Now we know that Twitter’s investigation found absolutely no indication that the Russians were involved in any way with this narrative.

Trust and Safety head Yoel Roth, who is otherwise as committed a Democrat partisan as can be imagined, tweeted he had just evaluated the accounts that posted the first 50 tweets with #releasethememo. Roth said that they all seem to have no ties to Russia at all.”

Another person said, “These hashtags are organic.”

A third voice said, “not seeing it.”

The records all show this to be true. As a result of the Twitter emails, a large discrepancy exists between what the nation was told about foreign threats and what a major platform seeing raw data knows about them. In addition to  FBI censorship and shadowbanning, the Pentagon used fake accounts and suppressed true information about issues like Covid-19.

The constant “Russia, Russia, Russia” charges by politicians and the media in their cynical quest for headlines were met with eye rolls even inside Twitter’s highly political atmosphere. An official from Twitter once warned that its users wouldn’t appear very bright if they always blamed Russia for all social media scandals.

According to #TwitterFiles emails, it is apparent that Twitter officials were appalled by the “Russian bots” tale and battled to convince the media and Congress members not to repeat accusations of Russian involvement in public in both the #SchumerShutdown and #ReleaseTheMemo cases.

Although Senators Dianne Feinstein and Richard Blumenthal, as well as Representative Adam Schiff, the House’s persistent, still-yapping Russiagate mascot, were set on going there, few people expected them to succeed. Executives at Twitter rushed about in vain to halt both. When pressed, Feinstein, an employee at “DiFI,” conceded that it would be “useful to know” how Hamilton 68, an organization founded with funding from the German Marshall Fund and the Alliance to Securing Democracy (ASD), determines whether or not an account is a Russian influencer.

It seems that neither the DiFi employee nor Senator Feinstein thought to inquire how Watts and Hamilton 68 were identifying Russians before the Senator published an open letter Schiff cites as evidence of Russian perfidy. In other words, they were completely ignored when they called #ReleaseTheMemo Russian propaganda, claiming that the movement was aided by social media accounts related to Russian influence operations.

The image of Vladimir Putin throwing bouquets of nasty red Twitter birds into the air is still featured on the top page of Hamilton 68. Former NSA director James Clapper, a CNN contributor most known for lying to Congress about the NSA surveillance program later disclosed by Edward Snowden, is nonetheless quoted in the article’s first paragraph. After interfering in the 2016 election, Clapper warned that Russia was already “prepping the battleground” for 2018 on the so-called “real-time look at Russian propaganda” website Hamilton 68.

In describing Hamilton’s analytical approach, Twitter’s head of global communications, Emily Horne, used the analogy of holding an unpleasant object with tweezers at arm’s length. According to her post, Hamilton 68 does not share the accounts that make up its dashboard, meaning that nobody knows for sure whether or not the accounts it includes are, in fact, Russian bots.

To think that reporters gave this absurd imitation of a web analytics tool any faith at all for so long is appalling, as evidence of how anxious they were to divert the subject away from a Nunes memo that was subsequently proven right by an Inspector General’s report, the fact that U.S. Senators relied on it as the sole source in the #ReleaseTheMemo incident is telling.