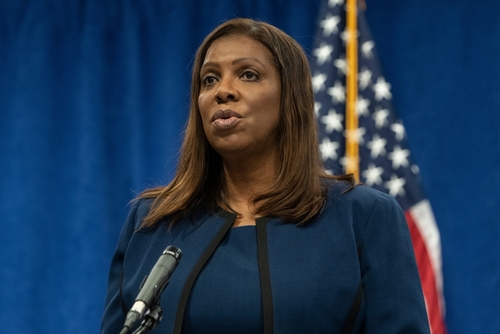 Letitia James filed the lawsuit on Wednesday. It says that Mr. Trump, three of his adult children, his company, and two longtime employees all took part in a 10-year plan to lie on financial statements to make money. Ms. James, a Democrat, says that the defendants’ valuations of 23 properties and assets, such as a golf club in Scotland and several properties in New York, were false and misleading. The Trumps were able to get economic benefits, like good loan terms and insurance rates, that they wouldn’t have obtained otherwise, according to the lawsuit.

Both Mr. Trump and his company have denied that they did anything wrong. The case concerns politics, according to the former Republican President. Ivanka Trump’s lawyer wouldn’t say anything. The Trump Organization has said that the loans in question didn’t hurt the banks and that they didn’t have a problem with them.

Ms. James’s complaint is based on an old New York law that gives the attorney general a lot of broad power to fight “persistent fraud or illegality in the carrying on, conducting, or transaction of business.” The lawsuit asks for hefty fines that could stop the company from doing business in New York.

Lawyers say that the attorney general’s office has looked into cases in the past where people said that property values were inflated, but these cases are rare. In one criminal case from 2016, the office charged New York City landlord Steven Croman with giving false mortgage documents to banks, including putting market-rate rents on rent-stabilized units. In 2017, Mr. Croman agreed to plead guilty to felony charges.

Lawyers say that one problem with valuation fraud cases is that they can turn into battles of experts because appraisers can make sense of coming to different conclusions. They noted that some of the claims in Ms. James’s lawsuit might fall into this category. However, other claims in the lawsuit make more direct claims of fraud.

Some of these valuations have a lot of wiggle room, said Sarah Krissoff, a former federal prosecutor who now works at Day Pitney LLP. “The attorney general did a good job of showing this pattern over time by giving such clear examples.

The lawsuit said that a Manhattan office building called 40 Wall St. was worth $200 million in 2010 and $220 million in 2012, based on appraisals ordered by banks. The suit said the property was worth $524 million on Trump’s financial statement in 2011 and $527 million a year later.

Ms. James also talked about the Trumps’ family property, Mar-a-Lago. The lawsuit says that the Trumps gave it a value of up to $739 million, even though it can’t be built on. The lawsuit said that the property is probably worth about $75 million. On Twitter, Eric Trump called that claim “asinine” and wrote, If you want to sell Mar-a-Lago for $75 million, he’ll be the first in line.

Ms. James wants a New York court to order the return of $250 million that she says was stolen. More generally, she asks a judge for things that could hurt the Trumps’ business in the state. For example, she wants Mr. Trump and his three children to be banned permanently from being officers of companies in New York. James also wants the former President and his company to be banned from buying or selling commercial property in New York or getting loans from institutions registered in the state for five years.

Brian Mahanna, a partner at Wilmer Hale and a former top official at the New York Attorney General’s office, says there have been more calls for bans in recent years.

State attorneys general are trying more and more to get wrongdoers kicked out of their business instead of just trying to get their companies to give back the money they made from their wrongdoing, he said.

Daniel Horwitz, a former Manhattan prosecutor now a partner at McLaughlin & Stern LLP, said that the most important thing Ms. James wants is the certificates that let Trump businesses work in the state to be taken away. Mr. Horwitz said it’s strange that she wants to take ownership of the company away from the Trumps by taking away their business license. She is trying to get the Trumps kicked out of New York.

In a previous case involving Trump, the New York attorney general’s office sued the Trump Foundation in 2018. They said Mr. Trump used his family foundation to help his 2016 campaign, pay legal settlements, and promote his businesses.

As part of the settlement from the lawsuit, the family’s charity had to close down under the watch of a judge, and the three Trump children had to take a class about charities.

In another high-profile case from the past few months, one of Ms. James’s most ambitious court requests failed. In March, a judge said no to Ms. James’s request to shut down the National Rifle Association as part of an ongoing lawsuit that says officials broke the state’s laws about nonprofits. The NRA has said it did nothing wrong. The judge noted that the attorney general’s lawsuit does not allege the kind of public harm that is the legal basis for imposing the ‘corporate death penalty.’