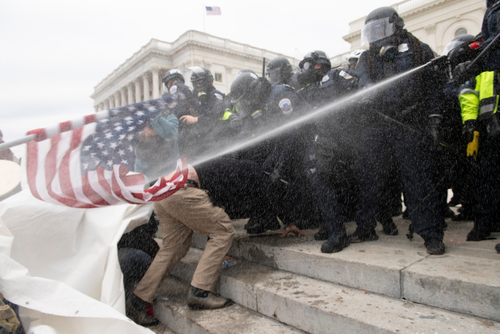 In a vote on Wednesday, the House of Representatives passed a bill intended to prevent a repeat of the unfortunate election saga in 2020 and 2021. During that time, former President Donald Trump and his supporters attempted to overturn the election results based on possible fraud.

On Monday, Representatives Liz Cheney (Republican of Wyoming) and Zoe Lofgren (Democrat of California) introduced House Resolution 8873. Two days later, nine members of the Republican Party in Congress joined their colleagues on the other side of the aisle. They voted to strengthen provisions in the Electoral Count Act of 1887 and implement new rules making it harder to challenge election results at the state and federal levels. July saw the drafting of a bill with very similar language in the Senate.

A date for the Senate’s consideration of the bill has not yet been announced. The Senate is evenly divided, and it is not anticipated that the legislation will be passed.

The introduction of the bill is because of what occurred at a joint session of the House and Senate that convened on January 6, 2021, at the Capitol in Washington, DC. The goal that day was to count the votes cast in the Electoral College during the presidential election. During the joint session, Nancy Pelosi, D-California, and Vice President Mike Pence presided. What happened that day became known as the Capitol Riots, a/k/a the January 6 Riots.

Representatives Cheney and Lofgren serve on the Select Committee to Investigate the Attack on the United States Capitol on January 6. Rep. Adam Kinzinger of Illinois, the sole Republican serving on that committee besides Cheney, joined the 229-person majority in favor of the bill, as opposed to the 203 members of his party who opposed it.

According to CNN, the version of the House bill makes it somewhat more difficult to object to the certification of electoral votes than the version considered by the Senate. Both pieces of legislation would make the number of legislators whose signatures are required to object higher and restrict the legal bases on which such objections could be lodged.

According to reports, Senator Susan Collins, a Republican from Maine, expressed optimism that the two chambers of Congress would find a compromise solution. Cheney also mentioned that the bills were compatible with one another.

According to the proposed legislation, only candidates at the top of the presidential ticket would be permitted to challenge the certification of a state’s votes. Their concerns would be taken into consideration by the judicial system. Both bills reaffirm that the vice president would not have the power to reject any state’s electoral slates, a topic of debate that arose after it was determined that President Joe Biden would win the election in 2020.

On January 6, 2021, in the city of Washington, supporters loyal to former President Donald Trump stormed the Capitol building. During which Trump supporters fought to keep the 45th president in office on claims of voter fraud. It is rumored that he exerted tremendous pressure on Mike Pence, who was serving as Vice President then, to ignore some states’ electoral votes. Who refused to participate in disrupting the certification process.