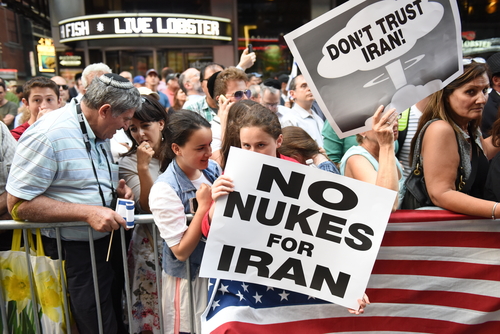 U.S. and European officials are becoming increasingly pessimistic about restoring the 2015 nuclear deal with Iran before the U.S. midterm elections. Tehran’s hardening demands cast doubt on its desire to reach an agreement quickly. Officials in the United States say no decision has been made to halt the diplomatic effort. Still, a tightening political calendar at home leaves little time to strike a final agreement.

We’ve seen a step backward over the past week or so, making prospects for an agreement in the near term improbable, Secretary of State Antony Blinken told reporters late Monday in Mexico. Adding, he can’t offer a timeline other than to say that Iran is unwilling or incapable of doing what is required to reach an agreement.

The United States, Iran, and other international powers are attempting to agree on the steps Washington and Tehran must follow to restore the 2015 nuclear deal. Most international sanctions against Iran were lifted in exchange for stringent but temporary curbs on Tehran’s nuclear program.

Under President Donald Trump, the United States withdrew from the agreement in May 2018. A year later, Iran launched a substantial expansion of its nuclear program, bringing it within a few weeks of having enough nuclear material to build a weapon.

The Biden administration has made repairing the nuclear deal a primary foreign-policy priority. Still, the diplomacy, which has dragged on since April 2021, is facing mounting opposition from Republicans and some Democrats. An agreement will be subject to a 30-day legislative review, and officials in the Biden administration may be concerned about this possibility as November elections are approaching.

According to Henry Rome, deputy head of research at Eurasia Group, the U.S. would consider a realistic offer from Iran if they were to make it. However, given the current political context, he doesn’t see the U.S. going out of its way to strike a deal.

After months of delay, discussions between the United States, Iran, and other major powers resumed in early August in Vienna. The European Union, chairing the discussions, circulated a final draft document on August 8 for the parties to accept or reject. Following Iran’s initial response to the E.U. on August 15, which left Western diplomats hopeful of a near-term agreement, Iran toughened its position in a second response on September 1, puncturing hopes of a near-term accord and leading to sharper rhetoric between Iran and Western countries.

The three European partners in the talks, France, Germany, and Britain, said in a weekend statement that they were not open to more compromise and that Tehran’s revised demands aroused serious concerns about Iran’s commitment to a successful resolution. Nasser Kanaani, a spokesperson for Iran’s Foreign Ministry, responded by accusing European countries of “sabotaging the diplomatic process” and saying Tehran was still seeking a fair deal.

The negotiations came amid rising tensions between Washington and Tehran. Iran’s reported delivery of drones to Russia for use in Ukraine resulted in additional U.S. sanctions against Tehran. Meanwhile, last month, the U.S. targeted Iranian-backed militants in Syria.

There are two main areas of concern. One is Iran’s demand for firmer guarantees that they will reap the full economic benefits of restoring the 2015 agreement, even if the U.S. president changes. The other concern is the probe by the International Atomic Energy. Regarding the nuclear material found three years ago.

In its most recent response, issued on September 1, Tehran reiterated its demand that the E.U. modify the wording dealing with handling a U.N. atomic agency investigating the undeclared nuclear material discovered in Iran during the previous three years. Tehran has frequently warned that unless the International Atomic Energy Agency concludes its investigation, it will not be able to implement the nuclear deal fully. Iran is pushing for the investigation to be completed within 60 days of an agreement.

The United States and Europe have stated that the probe will be closed only if the IAEA certifies that Iran has fully answered its queries about the nuclear material. In a report last week, the IAEA warned that Tehran had again failed to comply.

European officials have privately stated that they see little chance of the agreement being concluded before the elections on November 8 in the United States. Chancellor Olaf Scholz of Germany said on Monday that a deal would not materialize soon.

U.S. and European officials believe the agreement is worth restoring by delaying Iran’s nuclear development. They estimate that it would take Iran six months to gather enough nuclear material for a bomb.

On Monday, a top Israeli official projected that no agreement would be reached before the midterm elections, which take place after the Israeli elections on November 1. Recently, Israel has dispatched several high-ranking officials to Washington to encourage the U.S. not to make any concessions to Iran in the discussions.