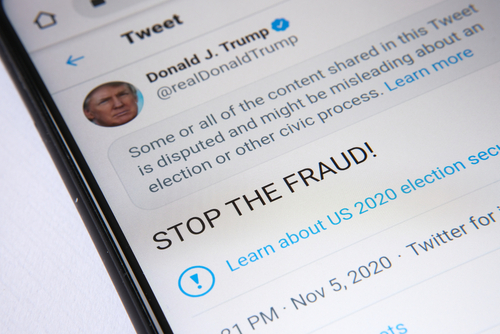 CEO Mike Lindell of MyPillow Inc. claims the FBI seized his phone because of his disseminated claims about voter fraud. Lindell also said they questioned him regarding a Colorado county election clerk allegedly involved in a voting machine security breach. Lindell was asked about the alleged involvement of a Colorado county election clerk responsible for the security breach.

Mr. Lindell, who is 61 years old, stated on his online program that the Federal Bureau of Investigation questioned him in Minnesota regarding the clerk, Tina Peters, and the company Dominion Voting Systems, which is in the business of manufacturing the voting equipment that was being used at the time.

He said that the FBI agents surrounded his vehicle in the drive-through lane of a Hardee’s restaurant in Mankato, Minnesota. They then proceeded to interrogate him. It was noted that Lindell had just returned from a hunting trip in Iowa.

Mr. Lindell is one of the most ardent proponents of alleged claims of widespread voter fraud that stole the 2020 presidential election from former President Donald Trump. There has been no finding by any court or electoral authority that massive fraud occurred during the 2020 election.

Because of his claims of voter fraud and a security breach involving the voting machines made by Dominion, a defamation lawsuit was filed (by Dominion) against Mr. Lindell and his company, MyPillow, which manufactures pillows and other bedding products, demanding more than $1.3 billion in damages. MyPillow has responded by filing a countersuit.

On Wednesday, Vikki Migoya, a spokeswoman for the FBI in Denver, stated that she could not comment on particular investigations because of agency policy. Despite this, she said that she could certify that the FBI was at that site executing a valid search warrant in regards to Mr. Lindell. The Warrant was issued by a federal judge. When asked about Mr. Lindell’s relationship with Ms. Peters, Ms. Migoya could not immediately respond to the query.

This year, a grand jury in Mesa County, Colorado, indicted Ms. Peters on ten charges connected to a voting machine security breach in that county. According to the county’s officials, election conspiracists allegedly published photographs of the county’s Dominion equipment along with passwords in August of 2021.

As reported by her campaign at the time of the indictment, Ms. Peters stated earlier this year that the claims were “politically driven.” At the time, she was running for secretary of state on the Republican ticket. According to the Mesa County district attorney, Ms. Peters entered a not guilty plea to the allegations against her last week. On Wednesday, neither her attorney nor the campaign team she worked with responded to calls for comment.

Mr. Lindell said on Tuesday that the FBI seized his phone after executing a search warrant but did not arrest him. On his program, he also showed a picture of a subpoena. According to him, the subpoena was issued by the  FBI. The office of the United States Attorney in Colorado said in the subpoena that it requested him not share the subpoena with anybody else.