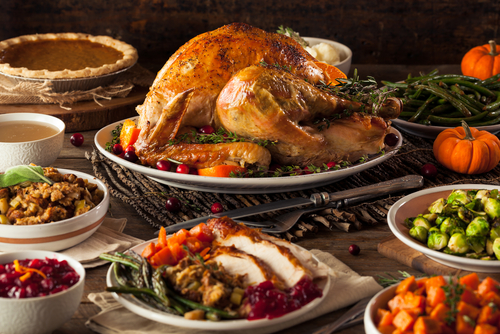 As the holidays approach, many Americans begin to plan their Thanksgiving and Christmas sweets and dinners. Butter is, however, a scarce commodity.

According to the Wall Street Journal, butter is becoming increasingly scarce and costly due to declining milk output and staffing constraints at food processing factories. The last time the United States had such a scarcity of butter in cold storage was in 2017, according to the Department of Agriculture.

Because supply is restricted, the price of butter has risen.

Many variables are at work to cause butter scarcity and subsequent price increases. To begin with, animal feed is more expensive, putting pressure on farmers in the United States. According to the Department of Agriculture.

According to the Journal, the entire U.S. dairy herd has declined due to rising farmer expenditures. The Journal mentions that when you combine staffing scarcity in the food processing and production business with strong customer demand, price increases, and productivity decreases.

Overall, food prices have risen dramatically, but butter has stood out.

According to the Bureau of Labor Statistics, the cost of food has risen 13.5 percent in the last year, the highest increase since March 1979. Pursuant to BLS data, the price of butter climbed by 24.6 percent during the same time.

There has been a gradual rise in butter prices since the end of last year, as reported by the Federal Reserve Bank of St. Louis, which has been monitoring the situation closely. A pound of butter cost $3.47 on average in December 2021. According to Federal Reserve figures, the average price in August this year was $4.69.

Except for eggs, which have grown 39.8 percent in price over the previous year, butter costs have risen faster than any other dairy product, according to the BLS. While prices continue to increase and there is anxiety about availability for the impending holidays, the United States’ butter shortage is not necessarily new. Data show that it has worsened over the past few years, not just the last few months.

According to the USDA, the year 2021 was particularly difficult for the butter sector, with production falling by 2%. Overall, the United States has imported more butter than it has exported since 2016, according to the Journal.

Per the Observatory of Economic Complexity, the United States relies heavily on Ireland, New Zealand, Mexico, the Netherlands, and India for butter. But, with Christmas only a few months away, the concern over butter is growing and becoming a reality for individual customers.

Because butter is in such great demand around the holidays, stores typically offer discounts on it. However, because availability is limited this year, manufacturers advise shops not to discount it too much.

“Don’t go crazy.” Do not hold a fire sale on butter; we won’t be able to supply you, Associated Milk Producers Inc. senior vice president Marshall Reece told the Journal.

The Journal added that some producers are working hard to make extra butter in time for the holidays. Joe Coote, CEO of the large dairy processor Darigold Inc., told the Journal that the business is looking for methods to increase capacity at its butter operations.

Coote also stated that they are looking for methods to increase output by running the butter churns and packing faster. According to the agricultural publication AG Web, Americans were projected to buy around 161 million pounds of butter between the second week of November and Christmas last year. As a result, the butter business is struggling to satisfy such high demand in only a few months. Even while the butter business works to satisfy demand, customers can expect increased prices and