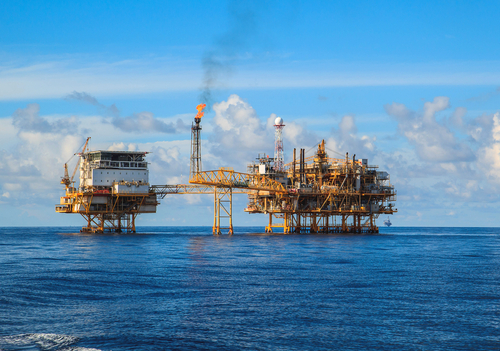 A new Wall Street Journal study found that the Biden administration has leased fewer acres for oil-and-gas drilling offshore and on federal land than any previous administration in its early stages since the conclusion of World War II.

The investigation revealed that President Biden’s Interior Department leased 126,228 acres for drilling until August 20, during his first 19 months in office. Since Richard Nixon in 1969-1970, no president has leased out less than 4.4 million acres during their first term.

In 1945-46, when offshore drilling was starting, and the federal government did not yet control deep-water leases, Harry Truman was the previous president to lease out less acres (65,658). Since then, deep-water leases have been a significant portion of the federal oil-and-gas program.

As a candidate, Mr. Biden committed to ending drilling on public lands, stating that the country must move to sustainable energy. He softened his approach when oil prices climbed in response to Russia’s invasion of Ukraine, calling for an increase in oil supply to tame inflation. Still, he has rejected a leasing program that has been a go-to for presidents seeking to increase U.S. energy output for decades.

As oil-and-gas firms shied away from offshore drilling and federal lands due to the growth in fracturing shale, the program was already in a protracted decline. The decrease has accelerated during Mr. Biden’s presidency, with leases down 97% from the first 19 months of his predecessor Donald Trump’s presidency.

Based on Bureau of Land Management and Bureau of Ocean Energy Management statistics, the Journal’s study quantifies the decrease in onshore and offshore leasing under Mr. Biden. It excludes land leased in Alaska during the late 1990s since few of these leases fell within the timeframes examined.

Last year, the Interior Department, which supervises oil leases, granted a record number of drilling licenses for existing oil leases. Melissa Schwartz, a department spokesperson, said that industry trends have shifted the majority of U.S. production to private and state-owned lands and that nearly 60 percent of the approximately 35 million acres now leased from the federal government are not actively producing. Ms. Schwartz said there is no shortage of opportunities to extract Oil from federal lands.

Mr. Biden has often stated that the United States must transition away from fossil fuels to reduce greenhouse gas emissions and lower global warming. Mr. Biden said during his campaign for office that no more drilling on federal lands, including offshore drilling, and no more drilling for the oil industry.

As soon as Mr. Biden took office, he ordered an indefinite freeze on new leases, and the Interior Department demanded extra evaluations of drilling licenses for the following sixty days. Since then, the administration has only attempted one offshore sale, which a judge ruled unlawful in January. It restarted onshore leasing this summer after a federal court in Louisiana ruled in June 2021 that the president’s suspension was illegal.

The Mineral Leasing Act of 1920 mandates “at least quarterly” onshore oil and gas leasing in the U.S. While the Biden administration has been in power for six quarters, just one has included auctions. As a result of Russia’s invasion of Ukraine, the government came under growing pressure in late June to rein in surging gasoline prices at the pump.

In reaction to global energy crises, former presidents Jimmy Carter and Ronald Reagan increased leasing to record levels in the 1970s and early 1980s. Reagan leased approximately 48 million acres in his first 19 months in office, about three times as much as any prior president.

In 2009, the first year under former President Barack Obama, Vice President Joe Biden’s administration, the Interior Department hosted 35 onshore oil and gas lease auctions, according to a 2010 press release. The Biden administration did not have any during its first year in office.

Daniel Yergin, vice chairman of S&P Global and a renowned oil-industry historian, said increasing domestic production had been a top aim for every president from Nixon through Obama and, of course, Trump. Presidents, whether Democrats or Republicans, have sought to promote energy independence and output.

President Biden signed the Inflation Reduction Act into law on August 16, which compels the Interior Department to provide oil and gas companies with at least 2 million acres of federal land and 60 million acres offshore each year for the following decade. An administration must satisfy these conditions so that wind and solar energy development can happen.

According to attorneys and experts, this still affords the Biden administration and others wriggle space if they choose to impede oil and gas development. According to them, one strategy may include providing locations unattractive to the sector. On federal land, the government might forego wind and solar construction.

The Interior Department said it intends to adhere to the conditions of the Inflation Reduction Act, including directives concerning federal oil and gas programs. Moreover, a quarter of U.S. oil output results from federal leases. According to the Interior Department’s statistics dating back to 2003, offshore and federal land crude output reached a new high in 2021.

Since it usually takes years for Oil to reach the market when federal leases are authorized. Experts believe the decline in new leases has not played a role in the supply difficulties that helped propel gasoline and other energy prices to record highs earlier this year.

According to executives in the energy business, however, new leases are required to sustain supply in the future, which might help prevent future shortages and price spikes. Stephen Green, who handles exploration and production for Chevron Corporation in North America, said the leases are similar to our raw materials. Chevron and the rest of the industry need a dependable supply of raw materials.

Andrew Wetzler, the chief program officer of the Natural Resources Defense Council, praised the administration for its lease halt, stating that federal land seems to be the last location where we want to increase oil and gas production. This is unquestionably a major and very welcome shift.

According to oil corporations, Mr. Biden’s delay is excessive. Mr. Biden is under pressure from the significant spike in energy costs to increase oil production and reduce oil prices to curb inflation.

The government announced on April 15 that it would begin the onshore leasing procedure with a higher royalty rate for oil drillers, only a few weeks after the invasion of Ukraine and the skyrocketing price of gasoline.

After seventeen months without any onshore lease auctions, five auctions occurred between June 29-30.

During Mr. Biden’s first 19 months in office, the Interior Department gave 203 oil and gas leases. The Journal’s investigation reveals that former presidents Trump and Obama authorized ten times as many leases within the same period. Mr. Biden’s 203 leases represent 3.2% of the average number of leases given by presidents from Dwight Eisenhower to Donald Trump for the same period. The Biden administration has failed to complete a sale for offshore drilling.

It did hold one, on November 17, offering 80 million acres in the Gulf of Mexico as part of a sale planned by the Trump administration that would have been the biggest offshore sale in U.S. history. It sold 1,7 million acres, but a federal court ruled in January that the transaction was unlawful because the government failed to do a comprehensive environmental examination. The Biden administration refused to file an appeal, allowing the annulment of the deal.