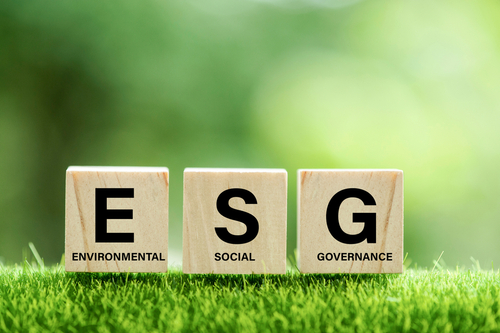 Under the leadership of Florida Representative Byron Donalds, Republicans in the House of Representatives are seeking to restrict bureaucratic efforts to encourage or mandate environmental, social, and governance (ESG) investing.

Federal agencies have utilized the regulation process to drive contractors in the same direction as firms like BlackRock and Trillium Asset Management, which utilize ESG investment to urge enterprises to shift to green energy. Gary Gensler, the commissioner of the Securities and Exchange Commission, is an ardent proponent of ESG investing and has mandated that all publicly listed corporations disclose their climate emissions data. Members of the HFSC,  House Financial Services Committee, have pledged to investigate his behavior during the 118th Congress.

Donalds said that a new regulation proposed by the Defense Department, NASA, and the General Service Administration triggered the legislation. The regulation would force government contractors to establish emission goals and submit their emissions data.

Donalds stated that the combined regulation proposed by the Defense Department, NASA, and the General Service Administration is the latest attempt by the Biden administration to further its socialist ESG agenda at the expense of the American people. “The ESG Rule Prevention Act” will reestablish the Constitution’s separation of powers, foster competition, and ensure that material criteria such as product quality and efficiency take precedence over left-wing social objectives in the government procurement sector.

Republicans have vowed to supervise the federal regulatory process, especially regarding climate problems. The House Financial Services Committee’s members have recognized National Economic Council chairman Brian Deese’s support for ESG investment while at BlackRock. Other Republicans have rejected statements by Biden administration officials that a quicker transition to a greener economy will reduce energy bills.

According to The Wall Street Journal, many corporations emphasizing ESG return less value to investors due to increased trading costs. Bloomberg reported that eight of the ten largest ESG-focused funds underperformed the S&P 500 in 2022.

Governor Ron DeSantis (R-Florida) has voiced his worry with Woke institutes. DeSantis is considered a leading contender in the 2024 Presidential Elections.

Early in December, Florida declared that it is withdrawing almost $2 billion from BlackRock, the largest anti-ESG withdrawal by a US state. Larry Fink, CEO of BlackRock, has been singled out for his 2020 letter to CEOs, in which he detailed a vision for “stakeholder capitalism.”

In July, DeSantis urged legislators to prohibit the State Board of Administration, or SBA, from considering environmental, social, and governance (ESG) factors when investing with state funds. Additionally, the state passed legislation prohibiting banks from discriminating against their customers based on their religious, political, or social beliefs. Last Monday, Jimmie Patronis, Florida’s chief financial officer, requested that BlackRock be removed as one of the state’s asset managers. Patronis stated that Florida legislators had signaled to him that they were going to propose extensive sweeping ESG policy legislation.

Florida is among a number of Republican-controlled states that have attacked New York-based BlackRock for pursuing a “climate agenda” that, according to them, conflicts with earning profits for state pensions. Louisiana and Missouri have also withdrawn funds from the asset management company, and 19 state Attorney Generals, including those of Arizona, Kentucky, and West Virginia, have publicly denounced it.