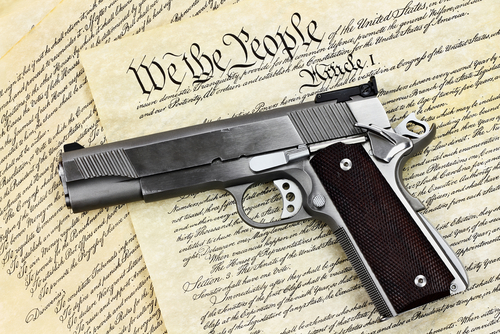 Recently, the Supreme Court ruling to enhance Second Amendment protections for carrying concealed weapons is beginning to ripple through lower courts, with several judges citing the decision to overturn other gun regulations.

On a 6-3 vote in June, the Supreme Court overturned New York’s longstanding strict limits on granting permits for carrying concealed handguns outside the home, ruling that residents should not be required to provide special justification for wanting to carry a weapon for self-defense. In doing so, the court’s conservative majority announced new guidelines for determining the constitutionality of firearm regulations.

According to the new guidance, judges should focus less on whether gun regulations advance current government interests and more on whether a regulation “is consistent with this nation’s historical tradition of firearm regulation,” as Justice Clarence Thomas wrote for the court. Thus, a Second Amendment-invoking firearm restriction is permissible only if it is similar to how firearms were restricted in the early decades of the republic.

It’s fair to say it’s a harder test for the government to satisfy, said Jacob Charles, a law professor at Pepperdine University who writes and teaches about firearms law. In a case before the Fifth U.S. Circuit Court of Appeals, a Texas federal judge ruled in August that the Constitution protects the right of 18-to-20-year-olds to carry handguns for self-defense outside the home.

U.S. District Judge Mark Pittman of Fort Worth, a Trump appointee, said he was not convinced by the evidence presented by Texas that nearly half of the states had laws restricting young adults’ ability to purchase and use firearms in the late 1800s. Judge Pittman wrote that laws on the books in the 1790s requiring militia service for 18-to-20-year-olds were more relevant to the investigation.

According to the ruling, the defendant, Jose Gomez Quiroz, had pending state burglary and bail-jumping indictments when he attempted to purchase a handgun.

Whether this country has a history of disarming felons is debatable—it certainly isn’t clearly “longstanding,” wrote Judge Counts, a Trump appointee first nominated by President Obama. What’s even more unclear, and still unproven, is a historical basis for disarming charged but not convicted individuals.

In addition, citing the Supreme Court’s recent ruling, a federal judge in Delaware suspended enforcement of a state law criminalizing the possession or manufacture of unserialized homemade firearms.

With no evidence of longstanding analogous firearm regulations in the record, U.S. District Judge Maryellen Noreika wrote such restrictions on so-called “ghost guns” are likely unconstitutional.

According to federal data, approximately 24,000 untraceable firearms were found at crime scenes between 2016 and 2020. However, another Trump appointee, Judge Noreika, said the data didn’t prove that law-abiding citizens don’t commonly possess homemade guns without serial numbers for lawful purposes under the scope of the Second Amendment.

U.S. District Judge Glenn T. Suddaby in Syracuse ruled last week that the state could not prohibit concealed-carry permit holders from walking armed into Times Square and other crowded public places. New York designated those areas as “sensitive locations,” making them inaccessible to otherwise lawfully armed residents. Still, the judge ruled that New York failed to demonstrate historical parallels with these gun-free zones. The judge, a Bush appointee, said the strongest evidence to support the restrictions around Times Square was a pair of laws, each hundred years old, prohibiting the carrying of firearms in fairs or markets, but that two statutes “do not make a tradition.”

According to Judge Suddaby, New York failed to demonstrate how other designated “sensitive locations,” such as subway cars, restaurants, theaters, and bars, were consistent with how firearms were previously regulated. He also believed that the state’s requirement that concealed-carry applicants demonstrate good moral character was too demanding and gave licensing officers too much subjective discretion in denying permits. He also ruled against several other permitting requirements, requiring applicants to disclose their previous and current social media accounts.

According to Mr. Charles, the Pepperdine professor, the Supreme Court’s June ruling left unanswered questions about how judges should evaluate history and even which historical precedents are most relevant. According to him, this could lead to confusion and disagreements in lower courts.

Even after the Supreme Court’s decision, some gun-rights lawsuits have not gained traction. Courts, for example, have consistently upheld federal laws prohibiting felons and illegal drug users from possessing firearms.

Judge Counts made one of these decisions, finding that felons were in a different position than defendants who had not yet been convicted.

The judge wrote that felons abuse the rights of the people, upholding a man’s conviction for felonious firearm possession. As a free society, he stated that this nation has a ‘longstanding’ tradition of exercising its right to expel those who abuse their rights through crimes and violence.

Courts have yet to rule on the Supreme Court’s decision for several high-profile gun regulations, including California and Maryland’s statewide restrictions on certain semiautomatic rifles labeled assault weapons. Both bans are being challenged in court.