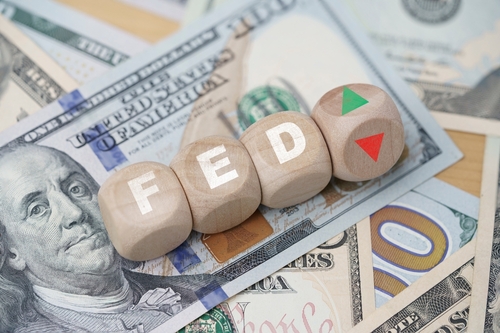 After working with a generally cooperative Congress over the previous two years, Federal Reserve Chair Jerome Powell now confronts escalating tensions over his policies, as Democrats warn of job losses and Republicans continue to emphasize the significance of price stability.

North Carolina Republican Patrick McHenry urges the Federal Reserve to maintain its focus on inflation following the GOP’s victory in the midterm elections. Democrats, who held control of the Senate, have begun to express worry that increasing borrowing prices will have a negative impact on employment and may trigger a recession.

During their control of Congress over the last two years, Democrats have posed a few questions about the Federal Reserve’s policy error: misjudging the endurance of inflation and waiting too long to combat it. This allowed prices to increase at the quickest rate in forty years.

Ian Katz, a financial policy analyst with Capital Alpha Partners, stated that the Fed’s administration of monetary policy had not been subjected to much-targeted criticism. Democrats are unwilling to discuss inflation.

Nonetheless, the economic repercussions of its aggressive rate rises — aimed at combating inflation were expressed in ad campaigns by  Republicans who regularly highlighted and blamed Democrats for inflation. Now they have begun to elicit stronger criticism from some sectors of the Democratic party.

And even though McHenry has been amicable with Powell and has a financial-regulatory agenda, Republican committee staff have expressed interest in exploring how the Fed miscalculated inflationary pressures.

The shifting environment might put to the test the connections Powell has attempted to cultivate with legislators through regular meetings and phone conversations.

Powell has also gotten concerns from Senate Democrats, including Colorado’s John Hickenlooper, who cautioned in a letter that Federal Reserve measures might undermine economic development and damage American families. Ohio Democrat Sherrod Brown, chairman of the Banking Committee, warned Powell not to lose sight of his mission to achieve full employment while combating inflation.

Elizabeth Warren, a Democrat from Massachusetts, has expressed similar concerns and criticized the Federal Reserve for ethical failures, including a trading scandal. This year, Brown presented a plan to tighten trading limits.

In contrast, when Powell last spoke before a House committee in June, McHenry stated, The Federal Reserve should prioritize price stability. This should be their only emphasis at present. McHenry admitted that the Fed’s inflation estimates were inaccurate, but he expressed confidence that the central bank “is taking this problem seriously” and is taking steps to reduce prices. He criticized the Democrats more harshly, blaming inflation on their “wasteful expenditure.”

Historically, divided party control of the two houses has not resulted in significant Fed-affecting reforms, according to Sarah Binder’s book about the Fed and Congress. Binder stated, however, that there is a recurrent pattern in such circumstances: when the economy is in the dumps, the minority party intensifies its threats against the Fed.

On the other hand, Biden supports the Fed’s rate hikes and emphasizes the central bank’s independence, in contrast to Republican predecessor Donald Trump’s unrelenting criticism of Powell for keeping interest rates too high in 2018 and 2019.

A great deal will rely on how the Federal Reserve accomplishes its objective of maximum employment and stable prices during the next two years.

While October retail sales statistics released on Wednesday indicated that consumers remain resilient, other firms describe conditions that signal a recession is imminent.

Currently, Powell is leading the charge toward interest rates that are considerably higher than what policymakers anticipated in September, with the market pricing in a peak at 5%, up from the Fed’s current goal range of 3.75 to 4%. Yet recessions can abruptly derail company investment and hiring plans, resulting in downturns that are frequently more severe than economists and Fed officials anticipate.

It will be easy for legislators to target the Federal Reserve if a recession results from monetary tightening, if only because their previous error contributed to inflation’s head start. Already, Americans have seen a decline in purchasing power, a rise in mortgage rates, and a decline in their retirement savings. There may be employment losses in the future.

A volatile economy is affecting consumers, and businesses will be furious if the economy enters a recession, said Christopher Whalen, head of the financial consulting company Whalen Global Advisors.