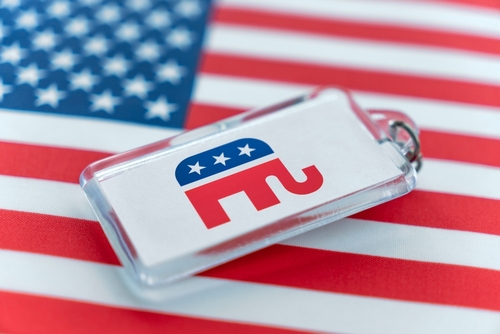 Jason Smith, who is believed to be competing with Buchanan for the top committee position, asserted that the IRS would still be a prime target for scrutiny even if President Biden’s administration had not been pouring money into it.

The Ways and Means Committee would look at more than just the employment of additional IRS officers; Republicans quickly pointed out. They claimed the panel will investigate why the IRS is still slowed down by a backlog of documents that has delayed the issuance of tax refunds.

According to Buchanan and the two Smiths, fighting Chinese aggressiveness is another crucial objective, independent of IRS scrutiny. Republicans aim to stop enterprises controlled by the Chinese Communist Party from obtaining taxpayer subsidies using the committee’s authority over tax and trade policies.

Senate Republicans successfully forced Democrats and the White House to remove more than $275 million from the IRS over the following year. GOP legislators pushed for the reduction, claiming that the IRS would already receive more funding over the next ten years due to Biden’s newly passed $739 billion Inflation Reduction Act.

The IRS will receive $12.3 billion overall from the budget, which is 2.2% less than the $12.6 billion it received in the previous fiscal year. The IRS was initially requested to get a $1.3 billion boost this year by the Biden administration.

The budget agreement excludes new funding for the IRS to upgrade its infrastructure for processing taxes. According to IRS Commissioner Charles Rettig, the organization’s outdated computer system was to blame for a significant delay in processing returns during the previous two years.

The IRS will receive an additional $80 billion in funds over the next ten years as part of Biden’s Inflation Reduction Act, which Congress passed over the summer. Republicans claimed the money would simply harm the middle class, while Democrats claimed it would assist in clamping down on wealthy tax cheats.

Following their victory in the midterm elections for the U.S. House of Representatives, Republicans intend to give IRS oversight top priority in the upcoming Congress.

According to Rep. Jason Smith of Missouri, the American people want monitoring of this administration, and they have witnessed an IRS that has targeted conservatives over the years. They have seen an IRS permitting taxpayer data release for political purposes.