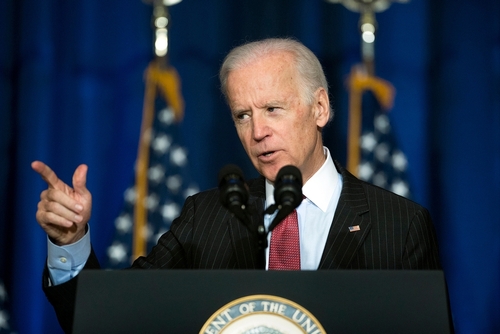 In advance of next week’s midterm elections, President Biden urged Congress to penalize oil and gas companies that don’t use earnings to lower consumer energy bills.

According to Biden, “Their profits are a windfall of war,”   On Monday, Biden stated that during a time of war, any firm that receives unprecedented windfall revenues such as this has a responsibility to look beyond the self-interest of its executives and shareholders. Following Russia’s invasion of Ukraine, global energy costs have skyrocketed.

The president said his aides would work with Congress to adopt legislation requiring oil firms to pay a greater tax on their excess profits and face other limitations if they did not take steps to assist consumers.

The policy will meet opposition in Congress, particularly if Republicans gain majorities in one or both houses in the fall elections. House elections are widely expected to be won by Republicans. However, the Senate is still up for grabs.

Mr. Biden’s approval ratings have been hindered by rising oil prices, among other factors, in the run-up to the midterm elections. Gasoline prices in the United States reached a record high of almost $5 per gallon in early June, then fell for months. According to AAA, prices have slowed in recent weeks, with the national average now standing at $3.76 a gallon.

According to administration insiders, the White House has been debating whether to support a proposal to tax what the president and his aides refer to as “windfall earnings” of oil and gas corporations for months. Earlier this year, a group of progressive Democrats filed legislation that would levy a per-barrel tax equal to 50% of the difference between the current price of crude oil and the average price between 2015 and 2019, according to a statement describing the plan.

The American Petroleum Institute, a trade group for the oil and natural gas industries, slammed the president’s statements. Global commodities markets decide the price, not oil firms. Increasing taxes on American energy hinders investment in new production, which is exactly what is needed, said Mike Sommers, president of the organization.

Mr. Biden’s remarks on Monday were his latest verbal assault on the oil and gas business. As a reaction to high energy prices, Mr. Biden released tens of millions of barrels of oil from the Strategic Petroleum Reserve. He requested that the Federal Trade Commission investigate whether oil and gas corporations attempt to keep gasoline prices high by engaging in unlawful behavior. Oil industry officials called the president’s proposal for an FTC inquiry an unnecessary distraction.

Exxon Mobil Corp., the largest oil firm in the United States, recorded a profit of about $20 billion in the third quarter, its most profitable period ever and nearly equal to that of tech behemoth Apple Inc. Meanwhile, Chevron Corp. reported its second-largest quarterly profit of $11.2 billion. Both corporations profited from high commodity prices that remained stable.

The corporations made no intentions to boost spending on oil or gasoline production beyond what they had already said. Exxon CEO Darren Woods warned last week that ideas discussed by the Biden administration, such as a windfall-profit tax and fuel export limitations, would have “major long-term negative repercussions.”

Mr. Woods said on a conference call with analysts on Friday that such measures would hurt the oil sector, but Exxon would maintain its competitive edge due to its diverse business and huge reach.

Exxon is deploying money at a higher rate than its counterparts, he said, pointing to a 250,000 barrel-per-day expansion of oil-refining capacity coming to a Gulf Coast facility early next year and increasing oil output this year in New Mexico and West Texas.

We understand the anguish that high costs create, Mr. Woods added. Unfortunately, the market we’re in now is a result of many of the policies and narratives that have circulated in the past, he added. Chevron CEO Mike Wirth called a prospective windfall profit tax stupid and said it would send a negative signal to American frackers in a televised appearance last week.

If you want less of something, you usually tax it, Mr. Wirth explained. When you want more of something, you don’t tax it. According to the American Fuel & Petrochemical Manufacturers, a windfall-profit tax would certainly discourage US oil companies from producing as much oil and gas as they have been, hiking pump prices.