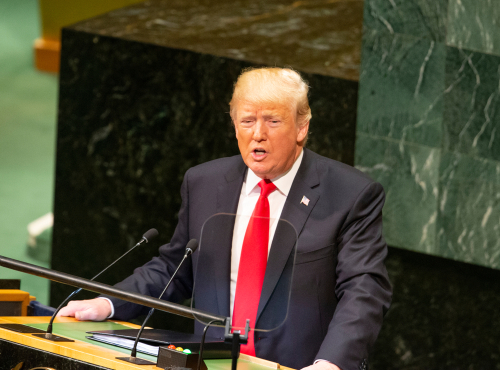 Many Republican contenders for the U.S. House and Senate and state governor, secretary of state, and attorney general have a good chance of winning. They all mistrust the 2020 election’s validity and are the GOP’s new normal.

A New York Times investigation discovered that more than 370 people, mostly Republicans running for office in November, questioned or contradicted the results of the 2020 election. These candidates represent a developing mood in the Republican Party, rupturing a core premise of democracy: voters determine elections, and candidates accept outcomes.

This distrust has spread to political elections in every state. Hundreds of Republican that share this belief are favored to win. During an investigation by The Times, more than 240 candidates who still dispute the 2020 presidential election, many in recent months.

70% of Republicans running for Congress questioned President Biden’s victory. According to the Cook Political Report, which rates congressional and gubernatorial elections, roughly two-thirds of the Republicans are favored to win.

More than half of Republican governors, attorneys general, and secretaries of state voiced concerns about 2020. Among gubernatorial contenders, it was 65%. Half of the gubernatorial candidates are favored.

The former president has endorsed over 70% of the favorite 2020 contenders listed by The Times.

About half of the 370 candidates who are skeptical about 2020 are incumbents who are likely to maintain their seats. The Electoral College results were protested on Jan. 6, 2021, by about a fifth of the candidates.

Following the Capitol Riots, approximately 80% of re-elected Republicans publicly addressed doubts regarding the election of 2020. These included signing congressional letters claiming fraud or improper influence in the 2020 race, cosponsoring legislation to repair flaws from that election, and joining a new Election Integrity Caucus, which has pioneered many of these actions.

Fewer than one-third say the election was stolen or manipulated without evidence.

About 300 candidates who believe the election was stolen are poised to win. Incumbents, including Alabama Governor Kay Ivey, Texas Rep. Lance Gooden, and Florida Rep. Matt Gaetz, have claimed that the election was stolen, as have House contenders like Mike Collins in Georgia, Joe Kent in Washington State, and Anna Paulina Luna in Florida.

One ad for Mr. Collins features him approaching the camera with a rifle and saying, you count the lawful votes cast in Georgia? Trump won this state, period. The video ends with him shooting a polling machine, which explodes.

A lot of Republicans haven’t disputed the 2020 election. However, they state that there are unanswered questions or that greater study is needed.

Some say they don’t know who won the election or acknowledge that Biden is president, but not fairly. Some say electoral irregularities or influence didn’t impact the results.

What is clear is that many people have a lot of concern about the integrity of democracy in the U.S. Republican voters need to be heard by both sides so that our country can start to heal and our democracy can be stronger. Three hundred seventy-plus candidates is a strong statement that this country needs to properly address the situation.