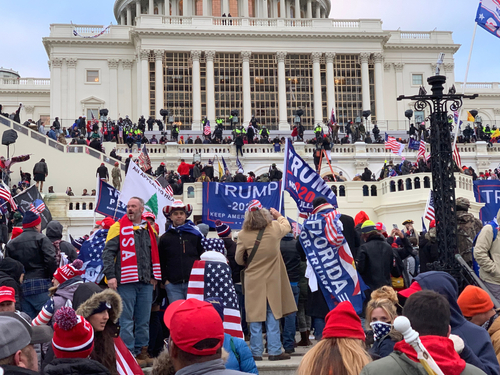 The Select Committee investigating the Capitol riot on January 6 recommended to the Department of Justice (DOJ) that former President Donald Trump be charged with four crimes connected to efforts to overthrow the 2020 presidential election.

It was unanimously recommended that Trump be charged with obstruction of justice, conspiracy to make a false statement, conspiracy to cheat the government, and encouraging or aiding an uprising. NBC News originally reported the move of the committee. The advice is non-binding, and the DOJ is presently conducting its inquiry.

Rep. Adam Schiff, a Democrat from California, stated that then-President Trump, building on his continual repeating of the ‘Big Lie,’ engaged in an unprecedented attempt to disrupt the joint session on January 6, the occasion where Congress would confirm his electoral defeat. Schiff stated that this effort began partly in the states that hold, count, and eventually select the presidential election victors. Numerous state politicians were the focus of President Trump’s campaign.

Fani Willis is investigating Trump and his associates’ ties with Raffensperger. As part of this investigation, she has subpoenaed Republican South Carolina Senator Lindsey Graham, and the Supreme Court has denied Lindsey Graham’s request not to testify.

In addition, the committee recommended that the House Ethics Committee investigate California’s Kevin McCarthy, Ohio’s Jim Jordan, Arizona’s Andy Biggs, and Pennsylvania’s Scott Perry for refusing to testify despite receiving subpoenas. It seems improbable that the committee, which is equally divided between Republicans and Democrats, would act on the reports before the conclusion of the 117th Congress on January 3, 2023.

Liz Cheney stated that at the outset of the inquiry, the committee realized that President Trump had convinced millions of Americans that the 2020 election would be marred by massive fraud. Cheney stated that the committee also understood this to be completely incorrect. Cheney added that the committee knew that hundreds of state and federal judges had dealt with and resolved all types of election-related allegations, and our legal system performed as expected. “But our president would not accept the decision,” stated Wyoming vice chairwoman Liz Cheney.

Over 900 individuals have been charged with offenses connected to the Capitol disturbance. Federal authorities confiscated the mobile phones of Perry, former Department of Justice employee Jeffrey Clark, and attorney John Eastman, who told Trump that Congress could overturn Electoral College slates.