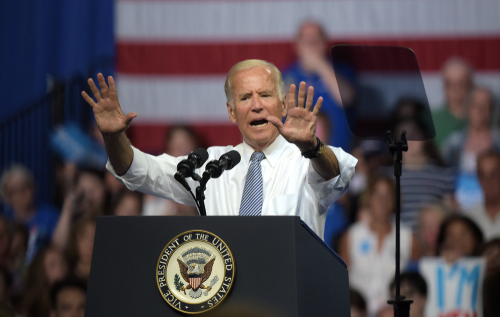 President Joe Biden’s actions were dangerous to U.S. national security even before they were exposed by the discovery of sensitive and potentially incriminating documents in his “think tank” office, Wilmington house, and garage.

Concerns that the current president withheld information that may have jeopardized U.S. national security for decades were stoked by the discovery of even more top-secret records dating back to Biden’s time as vice president and senator.

Republicans were concerned, and even partisan hacks like Democratic Rep. Adam Schiff admitted, that Biden’s storage of confidential materials in visible, unsafe settings could have endangered Americans or the United States government.

It makes sense to look into Biden’s latest scandal to ensure he didn’t leak classified information. But the truth is, even before his document controversy became public knowledge, he exposed the United States to various national security issues, abuses, and disasters.

In his time as vice president, the man tasked with protecting the safety of the American people has repeatedly jeopardized their security.

The risk of nuclear war has been dramatically amplified by Vice President Biden and his administration’s open escalation policy in the U.S.-funded proxy war against Russia in Ukraine. U.S. security and public funds are at risk in a confrontation that can be resolved only on Ukraine’s terms and has the potential to spark a nuclear third-world war.

As a result, countries like Taiwan are left open to communist China’s imperialist maneuvers. Biden was bolstering America’s top foreign danger while China stocked up on hundreds of nuclear bombs and planned to expand its influence. The Chinese gas tycoon who had connections to his son was the first company he did business with. The Saudis were encouraged by Biden to make friends with the communist government in the East.

When we talk about the Middle East, we can’t avoid mentioning that Biden’s botched Afghanistan exit is directly responsible for the influx of tens of thousands of Afghan refugees into American cities without the necessary screening, vetting, and inspection. Because of this security breach, two potential threats and scores of refugees with “derogatory information” could enter the nation unchecked.

On the home front, Biden and the same agency that botched the vetting of Afghan refugees brought in the most significant wave of undocumented immigrants in American history and did little to stop it, putting national security at risk. More than a hundred people who could have been terrorists and hundreds of other criminals entered the United States from Mexico when Biden was vice president.

Biden had put personal gain ahead of national security at least as far back as his stint as vice president when he kept his son Hunter Biden close. To support his extravagant lifestyle, Hunter took money from oligarchs and businesses in nations interested in interfering in U.S. affairs in exchange for access to his father.

That’s why it makes sense that while his father was leading the Obama administration policy toward Ukraine, the inexperienced Hunter was offered a lucrative post with a significant Ukrainian oil business.

At one time, Biden communicated White House business to Hunter, a non-government employee who had no business seeing classified information, via a personal email account. When Republican senators tried to look into the emails to see whether they had anything to do with the Biden family getting affluent, they were ignored.

It is more than troubling that Biden would confide in his son, who undoubtedly poses a severe threat to U.S. national security due to sensitive data stored on an abandoned laptop. The elder Biden’s ability to put American interests first is compromised by a litany of international entanglements and finances, including his awareness of and involvement in Hunter’s dealings with foreign oligarchs.

If initial allegations are accurate, there is cause for inquiry and openness over Biden’s trove of data. Some seized documents include “U.S. intelligence memoranda and briefing materials that covered themes including Ukraine, Iran, and the United Kingdom.” Don’t think for a second, though, that this is the first time that Biden has put his interests ahead of the security of the United States to safeguard the Biden family business and push forward his radical agenda.