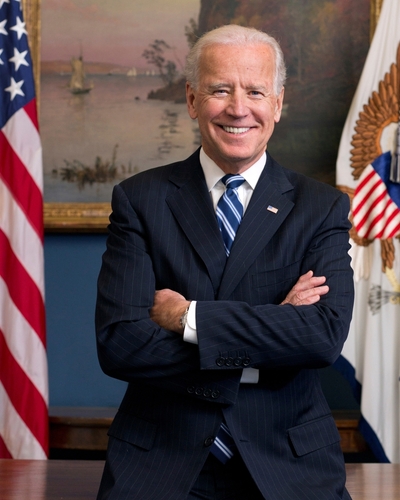 President Joe Biden stated on Wednesday that he expects to run for re-election and will likely make a definitive decision by the beginning of next year after declaring that Tuesday’s midterm elections benefit democracy.

Biden, who turns 80 this month, has been asked if he will run for a second term. A Biden adviser stated that preparations for a 2024 candidacy are currently underway.

Biden told reporters at the White House, while his wife Jill sat close by, that he plans to run again, which was always his intention. Ultimately, this is a family decision. Biden stated that his family encouraged him to run for president, but he did not feel pressed to make a decision. He said he would do so regardless of any decision by his rival in 2020, former Republican president Donald Trump, who is also likely to run.

After Trump’s supporters stormed the U.S. Capitol on January 6, 2021, and refused to recognize Biden’s genuine victory, Biden has spent his first two years in office warning about threats to democracy. In the closing days of the midterm elections, he emphasized these themes.

When asked how other international leaders should see this time for the United States, with Trump possibly running again, Biden responded that they should work to prevent Trump’s return to the office.

Biden stated that everyone needs to demonstrate that Trump would not seize power if he runs again, ensuring he does not become the next president through constitutionally permissible means.

Trump has strongly criticized Biden’s proposals and stated that he would disclose his intentions next week.

Regarding a prospective Republican primary contest between Trump and Florida Governor Ron DeSantis, Biden stated it would be “great to see them go at it.”

In a buoyant mood, Biden spoke with reporters in the White House State Dining Room for nearly an hour about a wide range of topics, including Elon Musk’s international links as the billionaire owner of Twitter.

He chastised reporters for projecting, based on opinion polls, that his Democrats would suffer greater losses.

Republicans made minor gains in Tuesday’s elections and are expected to win control of the House of Representatives. However, control of the Senate hangs on three contests that were too close to call as of late Wednesday.

He agreed, however, that the results demonstrated American discontent. Inflation was a primary concern among voters.

Biden concentrated most of his campaign speech on averting challenges to U.S. democracy, securing abortion rights, and praising his economic record.

It is anticipated that Republicans will attempt to overturn some of these policies and hinder him from accomplishing his future objectives.

Biden stated that he was willing to collaborate with Republicans.

According to Biden, the American people have made it clear that they want Republicans to be willing to work with him. Republicans may attempt a national abortion ban and tax cuts for the wealthy, both of which Biden has stated he would veto.

He said he would meet with House Republican leader Kevin McCarthy later on Wednesday and invite Democratic and Republican leaders to the White House to discuss future objectives when President Biden returns from his trip to Asia.

The White House has prepared for several investigations that a House may launch under Republican leadership, including those of his son Hunter’s financial transactions. Biden stated that the American people would view such investigations as he described them – “almost comedic” – but that he could not control what they did.