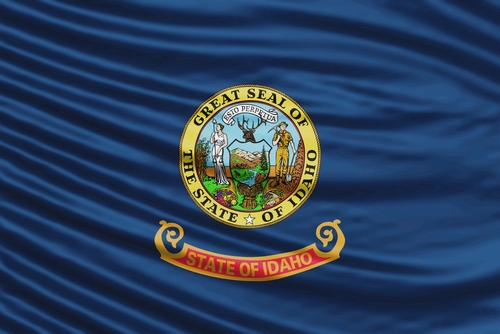 A Republican candidate won in Idaho after election authorities detected and fixed a computer error.

Initially reported as a Democratic victory for the state legislature, the election result has now been certified as a Republican triumph.

Republican Jack Nelsen won the seat representing Jerome, Blaine, and Lincoln counties with more than 700 votes added to the tally on Thursday morning. The Associated Press has not yet called this election, the Associated Press said Thursday.

According to Houck, Jerome County officials saw that the vote totals on the secretary of state’s website did not match their tally for District 26. The article claimed that Houck’s staff began working with county authorities on Wednesday and uncovered a malfunction that prohibited early ballots in the county from being tabulated on the state’s website.

Nelsen was initially behind by several hundred votes, but once officials discovered and corrected the error, he won by 83. Meanwhile, Fitzgerald said it was a job she felt destined to do, and she is devastated, adding that she was looking forward to spending government funds on preschool, daycare, and after-school activities. She told the Associated Press that she would want a recount but refuted claims of vote fraud.

“I have no idea,” she stated. Her first sentiments are skepticism, but in reality, she stated that she believes that everyone is only trying to do their best.

Nelsen, endorsed by former Republican Governor C.L. “Butch” Otter, stated that he would wait until state election officials certify the results before declaring victory. He added that if there’s anything we’ve learned, preliminary results are simply that. The Associated Press added:

Houck stated that the modification reduced the margin of victory in the other two legislative contests in the district but did not alter their outcomes.

In these contests, Democratic Representative Ned Burns’ lead against Republican Mike Pohanka shrunk to less than 40 votes out of approximately 16,000 total votes cast. In the battle for the Senate, Democrat Ron Taylor maintained a lead of over 500 votes out of over 16,000 casts against potential senator Laurie Lickley, a Republican.

The Senate race remained close to call, with the Nevada Senate race between Republican Adam Laxalt and Democratic incumbent Catherine Cortez Masto. However, by Sunday morning Cortez Masto was declared the winner. The Alaska seat will remain in GOP hands regardless of the runoff between incumbent Sen. Lisa Murkowski and Trump-backed GOP challenger Kelly Tshibaka. They held a narrow lead after the ballots were counted, and neither candidate obtained the needed threshold of 50 percent to win.

This was also the case in Georgia. However, the outcome of this election might determine who controls the upper chamber. Democrat incumbent Sen. Raphael Warnock narrowly defeated Trump-backed Republican opponent Herschel Walker, but neither candidate received 50 percent of the vote, resulting in a Dec. 6 runoff.

Former Trump White House press secretary Kayleigh McEnany encouraged her former employer on Thursday to delay an expected presidential statement until the following week so that Walker’s triumph may remain the primary focus.

Every ounce of Republican energy, every single ounce, must be poured into the Georgia election because it may make or break the Senate, she declared on her famous Fox News program “Outnumbered.”

She continued, Getting Herschel Walker to the finish line. She is aware of the desire to discuss 2024. But 2022 has not ended. Until Dec. 6, no candidate should declare for 2024, “Outnumbered,” co-host Harris Faulkner remarked. Every Republican effort must be devoted to halting the Biden agenda. He asked if this included Donald Trump.

McEnany believes he should halt it, but he will make his own choice. Given what transpired on election night, she believes Governor Desantis should be welcomed, McEnany added, referring to Ron DeSantis’ reelection victory against Democratic candidate Charlie Crist on Tuesday.

She argued that you must consider the facts on the ground. The Republicans must capture the Senate.